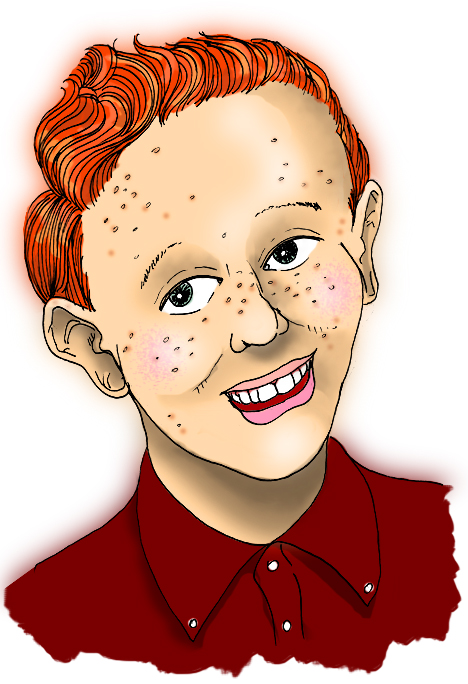 For eleven years, Rusty Hamer traded barbs with showbiz heavyweight Danny Thomas on the popular sitcom Make Room For Daddy.  Most often, Rusty got bigger laughs than his veteran co-star. For a kid, his comedic timing was impeccable and rivaled that of actors with many times his experience. Shooting had to be halted quite often of the set, as Danny was constantly reduced to uncontrollable laughter by the deadpan delivery of his young castmate. Rusty’s popularity led to guest appearances on variety shows and even a cross-over episode on The Lucy-Desi Comedy Hour  reprising his role of “Rusty Williams”.

After 325 episodes, Danny decided to end the show, as he had grown tired of the role and wished to pursue other projects. Rusty appeared in a few installments of The Joey Bishop Show  (a spin-off of Make Room for Daddy ) and later the ill-fated Make Room for Grand Daddy,  but he soon discovered difficulty in landing more acting jobs.

Rusty had entered show business at age 6 and spent his entire childhood on a sound stage. He was tutored on-set and once Make Room for Daddy  ended, he found that he was not prepared and that he lacked skills to function in a non-show business lifestyle. He bounced around menial labor jobs. He worked briefly on an off-shore oil rig, as a messenger and eventually, as a short order cook in his brother’s DeRidder, Louisiana cafe.

On January 18, 1990, 42-year-old Rusty, depressed and living in poverty in a Louisiana trailer park, shot himself in the head.