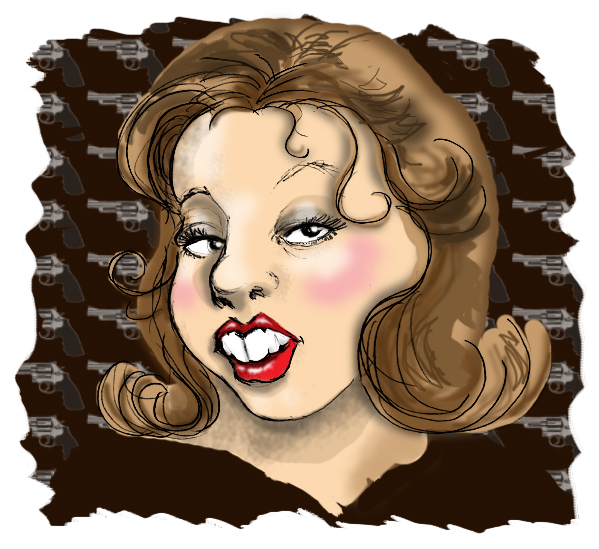 Twenty-three year-old Debbie Boostrom auditioned, alongside hundreds of anxious and hopeful young ladies, to become the coveted 25th Anniversary Playboy Playmate. Debbie was unsuccessful, but a little over a year later, she was presented in the magazine as Miss August 1981. In the following months, she appeared in several Playboy videos and participated in some of Hugh Hefner’s celebrity events at the Playboy mansion. Eventually, with her brief, minimal fame fading, Debbie married and settled in Kansas with her husband. When her marriage failed, Debbie returned to her Florida roots and started a small business designing jewelry. Although she acted in a handful of infomercials, for the most part, she stayed out of the public eye.

On July 29, 2008, Debbie, now 53 and diagnosed with terminal breast cancer, put a gun to her head and shot herself.

(HERE’S my original sketch of Debbie.)