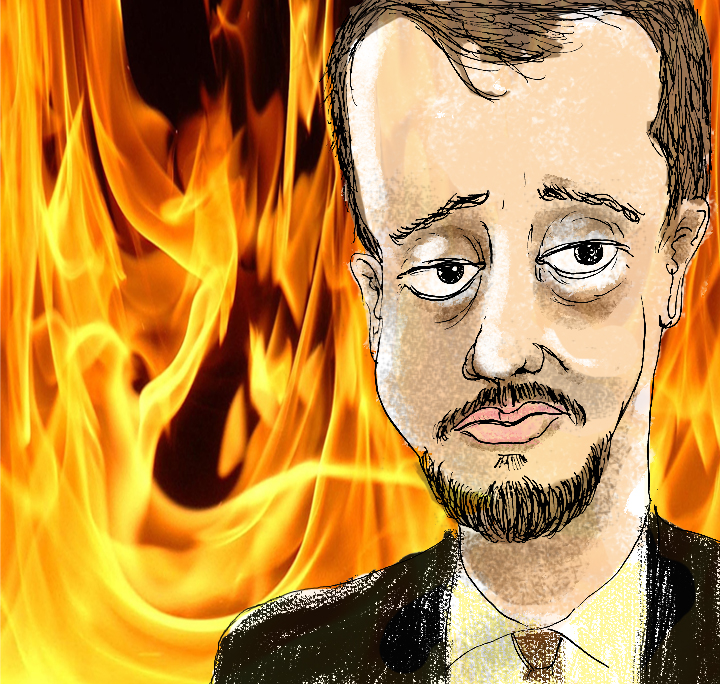 On December 7, 2009 at 12:30 am, Josh Powell packed up his two young sons and set out for an impromptu camping trip in a remote area near the family’s Salt Lake City home. Susan Powell, Josh’s 28-year-old wife and mother of the boys, was still asleep in bed. Josh returned home with the boys sixteen hours later and Susan was not there. Her purse and cellphone were in the house. Her car was parked out front. There was a damp spot on a piece of carpet in the home, but otherwise, she was gone without a trace. A police investigation revealed little. Josh and his four-year-old son were interviewed and the camping story was confirmed.

And that was the story Josh stuck with for two years.

Josh became a “person of interest” in connection with Susan’s disappearance, but he was never charged. He repeatedly proclaimed his innocence and denied any involvement. He believed she had run off with another man, suggesting a likely candidate was Salt Lake Tribune  journalist Steven Koecher, who mysteriously disappeared the same week as Susan. Susan’s parents countered this theory as “impossible”, explaining her intense devotion to her children. Josh’s interviews grew less frequent and his cooperation with investigating authorities lessened as well.

In January 2010, Josh moved into his father’s home in Puyallup, Washington. Police in Utah continued to search for Susan, following all leads and all of them leading nowhere. One day in daycare, Josh’s son Braden drew a picture of a van with three people in it, explaining to his teacher that “Mommy is in the trunk”.

In September 2011, Josh’s father Steven was arrested on multiple charges of voyeurism and child pornography. Police produced evidence of Steven having secretly videotaped numerous young women, including his daughter-in-law Susan Powell. Several explicit photographs of Susan were discovered in a search of Steven’s personal items. After his arrest, Steven told of how his daughter-in-law came on to him and how he happily obliged her offer. With questions about the level of safety the home provided, Susan’s parents were awarded temporary custody of her sons while an investigation into Josh’s possible involvement in the child pornography took place. Josh still proclaimed innocence and denied any knowledge of or participation in his father’s interests. He maintained that he was a good and fit father.

In January 2012, Josh was ordered to undergo psycho-sexual analysis and custody of his children was awarded to his in-laws in the interim. Josh would be permitted supervised visits with his children. A few days before the weekend of the most recent scheduled visit, Josh donated his sons’ toys to Goodwill and withdrew seven thousand dollars from his bank account. On Sunday February 5, a Childrens’ Services worker arrived at Josh’s house to drop off the children . Little Charlie and Braden entered the home and Josh slammed the door in the agency representative’s face. Before the door shut, she got a whiff of the unmistakable scent of gasoline. Moments later, as she frantically called 911, Josh’s house exploded in flames.

An investigation of the charred rubble left from the fire revealed two five-gallon containers of gasoline and a hatchet near the three bodies. It is believed that Josh tried to kill his sons before setting the house on fire, but was overcome by smoke. The two boys had numerous wounds on their heads and necks, although the official cause of death for all three was “smoke inhalation”.

Twenty minutes before his children arrived, Josh  the man who had once told ABC News “I would never harm my children”  left a voicemail message for his church’s pastor and an email to his attorney, explaining that he could not live without his boys. He also detailed where his money could be found and gave instructions to turn off his home’s utilities. He ended the call by saying “I’m sorry to everyone I’ve hurt.”