The new Illustration Friday suggestion for inspiration is “popularity”. 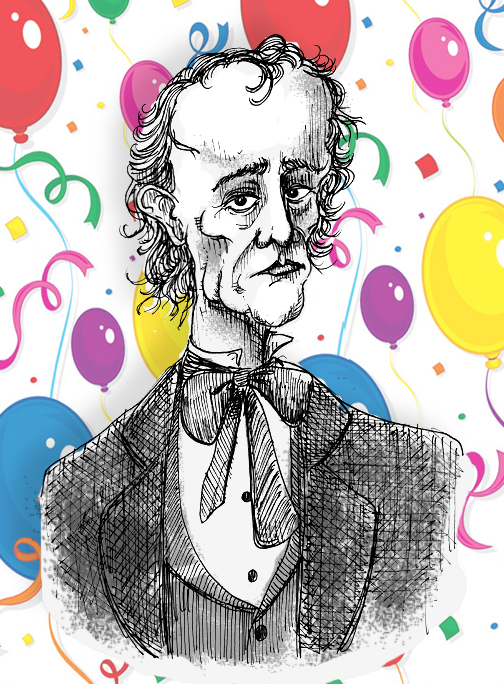 “Popularity, I have always thought, may aptly be compared to a coquette – the more you woo her, the more apt is she to elude your embrace.”
— John Tyler, Tenth President of the United States

John Tyler knew of what he spoke, as popularity certainly eluded him. Tyler was the first person to succeed to the office of president following the death of a predecessor. When newly-elected William Henry Harrison stood before the crowd and delivered the longest inaugural address in American history, he refused to wear an overcoat or hat, despite the snow and cold rain that fell on Washington, DC. He wanted to show the country the same strength he displayed as a military general. Instead, he came down with pneumonia and died one month later. As per the line of succession as determined by The Constitution, John Tyler was sworn in as the new president of the United States.

Tyler was expected to carry on with Harrison’s ideals, but when he opposed his party’s platforms and vetoed several important proposals, the majority of his Cabinet resigned. Soon after, The Whigs (his political party), dubbing Tyler “His Accidency,” kicked him out of the party.

After a deficit of the federal government under Tyler’s leadership was projected, Tyler proposed to override the Compromise Tariff of 1833 and raise tariffs 20 percent. The defiant Whig Congress would not raise tariffs and Tyler was vocal in calling the act “unconstitutional”.  The House of Representatives initiated the first impeachment proceedings against a president in American history, spearheaded by Whig enemy Andrew Jackson.

Tyler’s pet project for the bulk of his term was the annexation of Texas, a proposal opposed by Democrat leaders Andrew Jackson and Martin Van Buren because they did not think the Union needed another Southern state. Tyler campaigned heavily for his cause, even forsaking his re-election. As his term came to a close, Tyler gave his support to an obscure, but pro-expansion, Democratic candidate named James Polk, who followed through with Tyler’s plan. Martin Van Buren didn’t receive enough support to make the ballot in the 1844 election. Polk defeated Tyler’s former Whig colleague Henry Clay  by a narrow margin and Texas became a state in 1845.

Tyler retired to his Virginia plantation and, in the last years of his life, supported the Confederate states in the Civil War. As a result, his death was the only one in presidential history not to be officially mourned in Washington. Historian Robert Seager II wrote, “Had William Henry Harrison lived, John Tyler would undoubtedly have been as obscure as any Vice-President in American history.”

John Tyler had an unusual method of wooing that coquette.