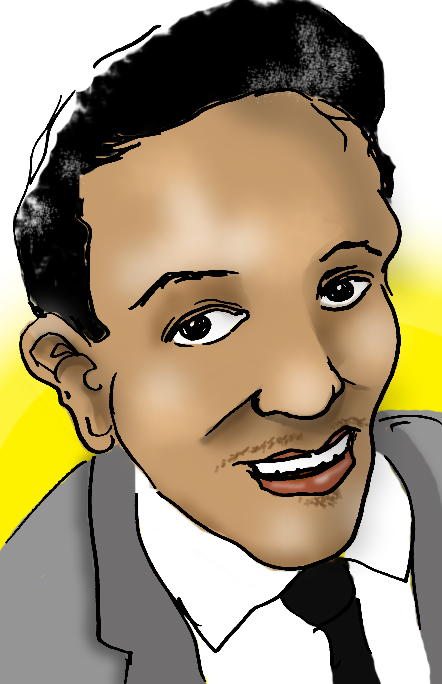 Even as a youngster, Jesse Belvin was interested in music. He joined several bands as a vocalist early in the 1950s. Even an brief stint in the army didn’t hinder Jesse’s songwriting. His composition “Earth Angel” was a hit for The Penguins in 1955 and became one of the first songs to successfully make the cross over from the segregated Rhythm and Blues chart to the mainstream Pop chart.

In 1956, Jesse signed a contract with Modern Records, although he continued to record under pseudonyms for other labels. He co-wrote and recorded “Goodnight My Love”, on which the piano parts were played by an 11-year-old Barry White. The song reached #7 on the R&B chart and was used as the closing theme for Alan Freed’s popular radio broadcasts. In 1959, Jesse recorded an album of songs with a more sophisticated style, influenced by Nat “King” Cole. (The album was later cited as itself being influential for Sam Cooke.)

In February 1960, Jesse (along with Sam Cooke and Jackie Wilson) performed in the first concert played before an integrated audience in Little Rock, Arkansas. The show was protested and halted twice by whites yelling racial slurs at the black performers and attendees. Community members interrupted and screamed for the white teenagers to go home. The performers even received several death threats prior to the concert. After the show, Jesse and his wife were killed in a head-on car collision. It is speculated that the vehicle was tampered with, but no proof has ever surfaced. Jesse was 27 years-old.