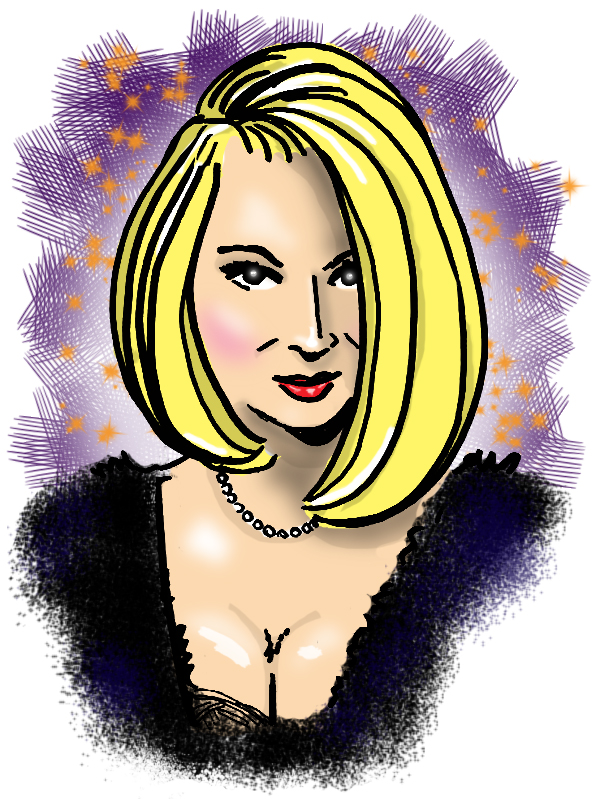 Hollywood sure loves dumb blondes. But, no matter how hard it tried, Hollywood just couldn’t find one in Joi Lansing.

Joi was born Joyce Brown and, after her divorced mother remarried, she took her stepfather’s last name – Loveland. At the young age of 14, Joi was signed to a contract with MGM and altered her last name to “Lansing.”  She soon found herself appearing as the ditsy sexpot, capitalizing on the fame of contemporaries Jayne Mansfield and Mamie Van Doren. Her wardrobe, as an uncredited chorus girl, cocktail waitress or model, usually consisted of a skimpy skirt, a curve-hugging sweater or a bathing suit – anything to exploit her voluptuous figure.

Joi moved into roles on television anthology series as well as modeling. As the 1950s came to a close, respected director Orson Welles recognized Joi’s acting ability and cast her in the lengthy but pivotal opening scene of his film Touch of Evil. She went on to star opposite Frank Sinatra in Hole in the Head and Dean Martin in Who Was That Lady?

Soon, her acting services were in high demand. She appeared in numerous guest spots on dramas and comedies throughout the 60s, including a multi-episode run on the popular “Beverly Hillbillies” and a memorable episode of the Superman series called “Superman’s Wife,” in which she played the title role. (She nearly became a regular character, but the show was canceled before she was hired.)

Despite her dim-witted on-screen persona, Joi was well-read, well-educated and very intelligent. She was also an observant Mormon and did not smoke or drink.

The end of the 1960s also brought an end to Joi’s career. She was relegated to mostly B pictures, including the country-music embarrassment Hillbillys in a Haunted House, a film turned down by Jayne Mansfield. Just after the film wrapped, Joi was diagnosed with breast cancer. She passed away in August 1972 at the age of 43.