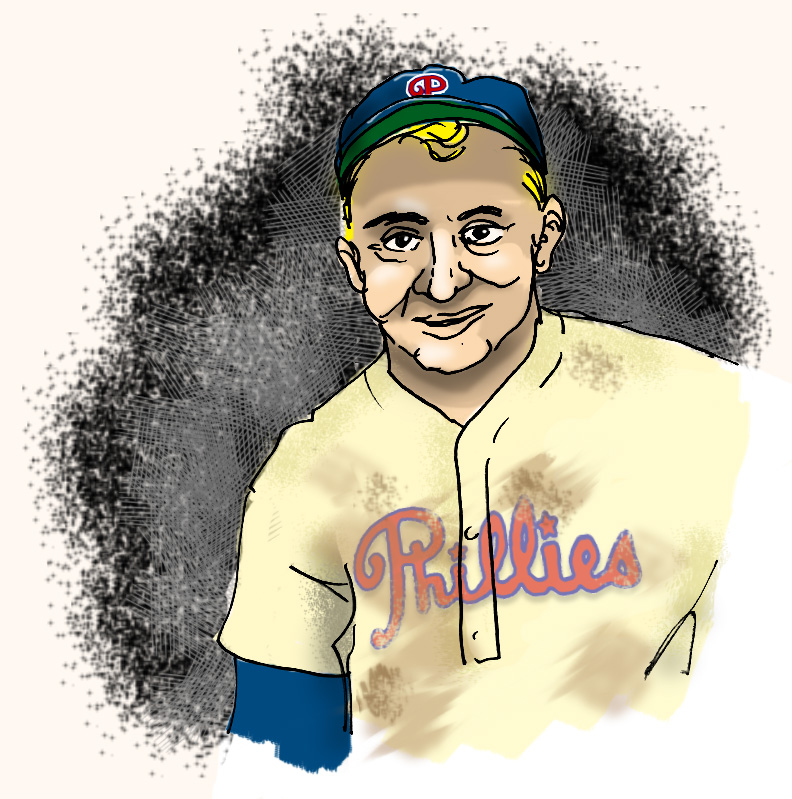 In its 130 year history, The Philadelphia Phillies have had their share of high points and low points. They have made it to the World Series several times, including two wins. Their line-ups have featured such celebrated players as Chuck Klein, Grover Cleveland Alexander, Steve Carlton, Mike Schmidt and the always controversial Pete Rose.

Their low points were illustrated by their eleven-game skid in 1964, denying them a spot in the post-season, their heartbreaking loss to Toronto in the 1993 World Series and their inexplicable bad luck in choosing the wrong brother (Mark Leiter, Juan Bell, Vince DiMaggio, Jeremy Giambi, Mike Maddux) time and time again.

But none match the low of Ben Chapman.

Ben began his career in 1930, as a teammate of Babe Ruth and Lou Gehrig. He led the American League in stolen bases for three consecutive seasons, finished four seasons hitting over .300 with 100 runs scored and was the first American League batter in the first All-Star Game in 1933. But it wasn’t Ben’s baseball prowess that garnered attention.

As a member of the New York Yankees, the Tennessee-born Ben often taunted Jewish fans with Nazi salutes and racial slurs. He provoked Washington Senators’ Jewish infielder Buddy Myer into a fight that involved 300 fans and resulted in fines and suspensions. Ben was traded and traded again over the course of his 16-year career until he finally ended up on the Phillies as a player-manager, then as full-time manager in 1945 when he was brought in to replace Freddie Fitzsimmons. The Phils were in the basement of the National League East.

In 1947, the Brooklyn Dodgers brought in a new first baseman, a young African-American named Jackie Robinson. This was unheard of in the segregated Major Leagues. Ben Chapman, his gravelly voice booming across the field from the Phillies’ dugout, derided Robinson with calls of “Come over here and shine my shoes, boy.” and “Why ain’t you a Pullman porter?” However, fans and players alike rallied around Jackie Robinson and Ben looked like the narrow-minded, bigoted fool that he was. Robinson’s one-time roommate Dixie Walker quipped, “I never thought I’d see old Ben eat shit like that.”

Jackie Robinson went on to an illustrious career, an honored place in history and an induction into the Baseball Hall of Fame. Ben Chapman went on to a losing managerial record and a playing career overshadowed by unfounded hatred.

He died of a heart attack at his Alabama home in 1993.