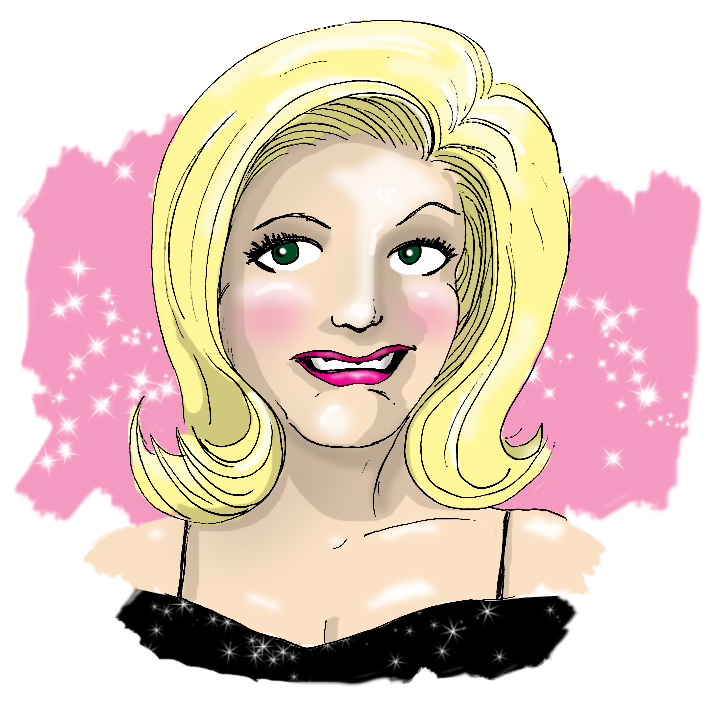 Jenny Maxwell, a distant relative of Marilyn Monroe, began her acting career in small roles — mostly in TV westerns and sitcoms in the late 1950s. She made her big screen debut with an uncredited part in the 1959 teen melodrama Blue Denim, which dealt with the then-controversial subject of abortion.

After an unsuccessful audition for the title role in another controversial film, 1962’s Lolita (which she lost to Sue Lyon), Jenny landed one of several female characters in Blue Hawaii  opposite Elvis Presley. Jenny played spoiled Ellie Corbett, whom The King tames into submission by spanking her on the beach.

Jenny appeared in guest spots on popular TV shows through the 60s, including episodes of Twilight Zone, Bonanza, Route 66  and a brief stint on the short-lived, Jack Benny-produced sitcom Ichabod and Me.

On a sunny afternoon in June 1981, Jenny and her husband, attorney Ervin M. Roeder, were leaving their Beverly Hills condominium, when they were shot to death in the lobby, the result of a botched robbery attempt. Jenny was 39 years-old. Ironically, Jenny’s last film appearance was in the Ed Wood-penned Shotgun Wedding.