This week’s Illustration Friday suggestion for inspiration is the word “faded”. 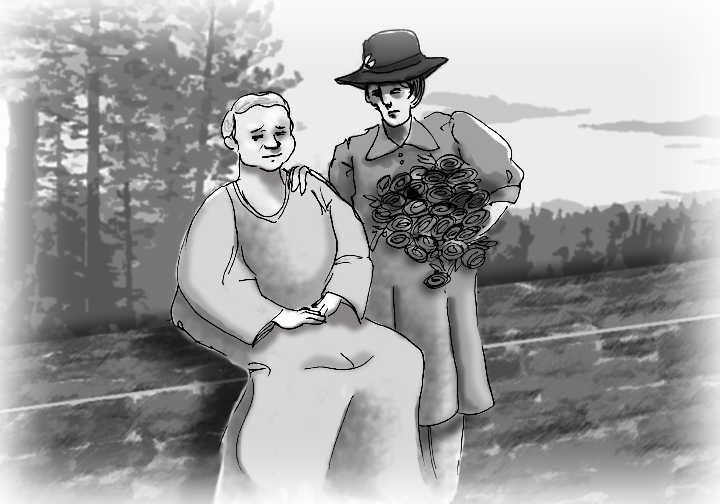 In 1907, Gertrude Stein met Alice B. Toklas at the apartment of Gertrude’s brother Michael. Soon after, Gertrude and Alice became companions and lovers until Gertrude’s death in 1946.

Gertrude wrote Q.E.D. (Quod Erat Demonstrandum)  in 1903, although it was first published posthumously in 1950. The book detailed Gertrude’s repressed homosexual feelings, her perception of her feelings in society and the moral dilemmas that she faced. Her use of the word “gay” as a euphemism for homosexual was the first time the word was used in print in that connotation. (Many uninformed readers totally missed the reference.)

Gertrude, a renowned art collector and close friend of Pablo Picasso and Henri Matisse, stipulated in her will that her collection be given to Alice. However, the couple’s relationship had no legal recognition. As the paintings appreciated in value, Gertrude’s relatives made claim to them. While Alice was away on vacation, Gertrude’s relatives broke into Alice’s apartment and removed a great number of paintings and placed them in a bank vault. With no legal rights in the matter, Alice made a living with her writing, eventually penning The Alice B. Toklas Cookbook  in 1954. The book, a combination of recipes and autobiography, became one of the best selling cookbooks of all time. It famously contained a recipe for Hashish Fudge, a treat which Alice boasted “can liven up any gathering and is easy to whip up on a rainy day.” The recipe called for spices, nuts, fruit and cannabis. Alice even made suggestions as to where the illegal title ingredient could be obtained.