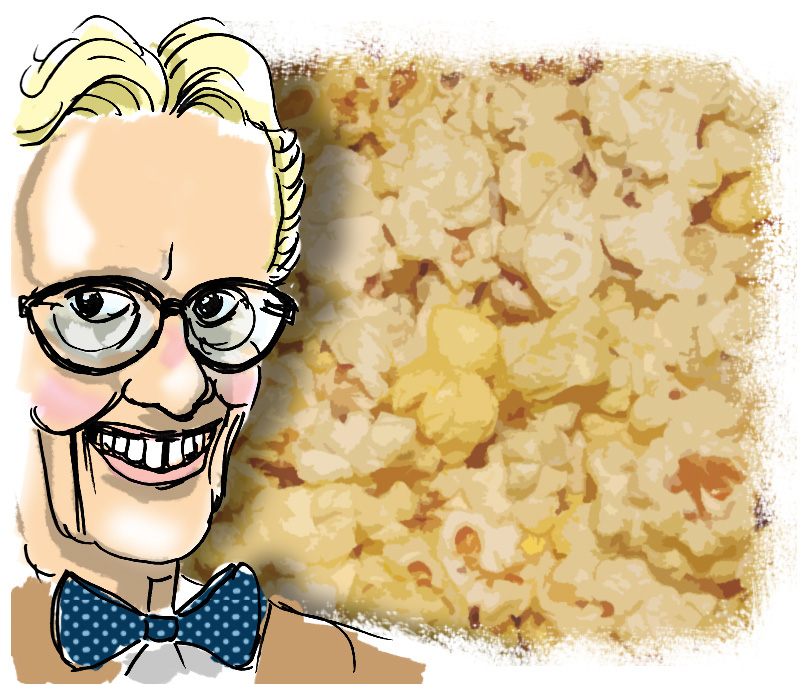 “Every once in a while, someone will mail me a single popcorn kernel that didn’t pop. I’ll get out a fresh kernel, tape it to a piece of paper and mail it back to them.”
 Orville Redenbacher

In 1951, 44-year old Orville Redenbacher and his partner Charles Bowman purchased the George F. Chester and Son seed corn plant near Valparaiso, Indiana, with money earned from Orville’s lucrative fertilizer business. The pair tested thousands of hybrid strains and combinations until they were satisfied with what they considered a successful, marketable varietty of popcorn. Originally called “Redbow” (a blend of the first syllables of the two partner’s names), an advertising agency suggested they market the product under the folksy-sounding name “Orville Redenbacher”. By the mid 1970s, their upstart company had seized one third of the popcorn market. Through a series of sales and mergers, the company became the property of food conglomerate ConAgra. Orville and his partner were very generously compensated and Orville, in the manner of Colonel Harland Sanders, became the spokesman for the product. He appeared in a series of televison commercials and his friendly face graced the product’s labels.

On September 20, 1995, 88-year old Orville was found dead in the jacuzzi at his home in Coronado, California. While relaxing, he had suffered a heart attack and drowned.

Orville Redenbacher’s brand is currently the number one selling popcorn in the United States.