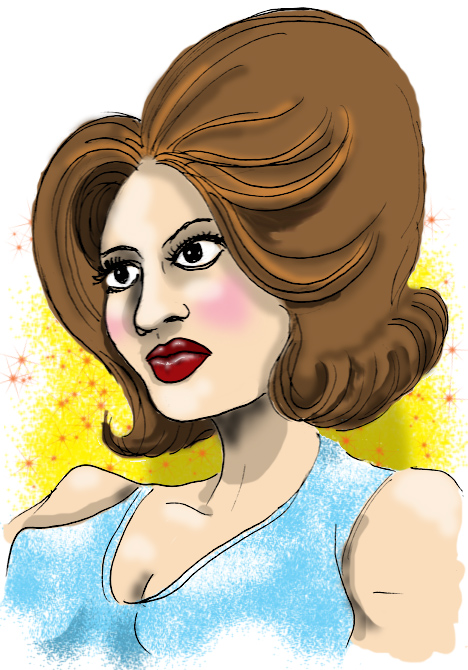 Seventeen-year old Germaine Hélène Irène Lefebvre was riding in a carriage in Paris when she was spotted by a fashion photographer. With a little encouragement, she used that chance meeting to kick off a career as a model for the likes of Givenchy and Christian Dior. She changed her name to the mysterious Capucine (French for the flower nasturtium ). While modeling, she met fellow model (and future actress) Audrey Hepburn. The two remained life-long friends.

In 1949, Capucine made her film debut in the French-produced Rendez-vous de Juillet. On the set, she met actor Pierre Trabaud and the two were married the next year  a marriage that would last only six months before ending in divorce. Soon Capucine was signed to a contract with Columbia Pictures and made her English-speaking film debut in 1960’s Song Without End,  a biopic of composer Franz Liszt. She followed that with the John Wayne comedy-Western North to Alaska.  After a few forgettable melodramas, she returned to comedy, landing the role of Lady Simone (wife of Peter Sellers’ Inspector Clouseau) in The Pink Panther.  Capucine reprised the role in several sequels, including the critically-panned Trail of the Pink Panther  in which Sellers’ scenes were culled from outtakes from previous films. (Sellers had died before production on the film had begun.) She also appeared as part of an all-star cast in 1965’s Woody Allen acting debut What’s New Pussycat?,  which was Allen’s screenwriting debut as well.

Capucine moved to Switzerland in the early 1960s and continued to make films in predominantly in Europe, with the occasional appearance on American episodic television. While working on the French film The Lion,  she began a two-year affair with married actor William Holden.

In March 1990, an ill Capucine, battling depression, jumped to her death from the eighth-story window of her Swiss apartment. She was 62.