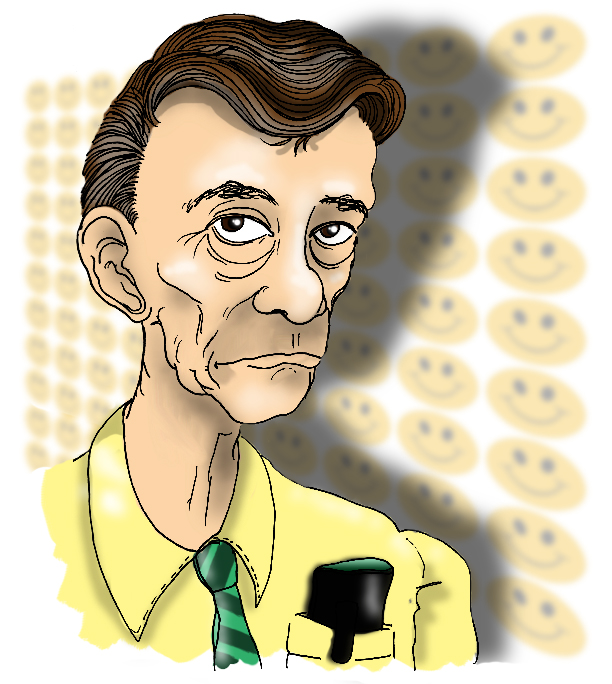 In 1963, The State Mutual Life Assurance Company of Worcester, Massachusetts purchased Guarantee Mutual Company of Ohio. As a result of the takeover, employee morale plummeted. Freelance artist Harvey Ross Ball was hired to create something as a confidence builder for distribution among the distraught employees. Harvey’s creation would be plastered everywhere — cards, posters and buttons. Harvey set to work and, in the short span of ten minutes, he created the smiley face.

State Mutual launched a “friendship” campaign. Smiley face buttons were handed out to encourage a cheerful attitude among employees when dealing with customers in person and on the phone. The campaign was so popular that, by 1971, over fifty million buttons were circulated.

Harvey’s son Charles said of his father, “He was not driven by money. He would often say ‘Hey, I can only eat one steak at a time, drive one car at a time’.” Harvey never had his design trademarked or copyrighted. He was paid $45 for his work.