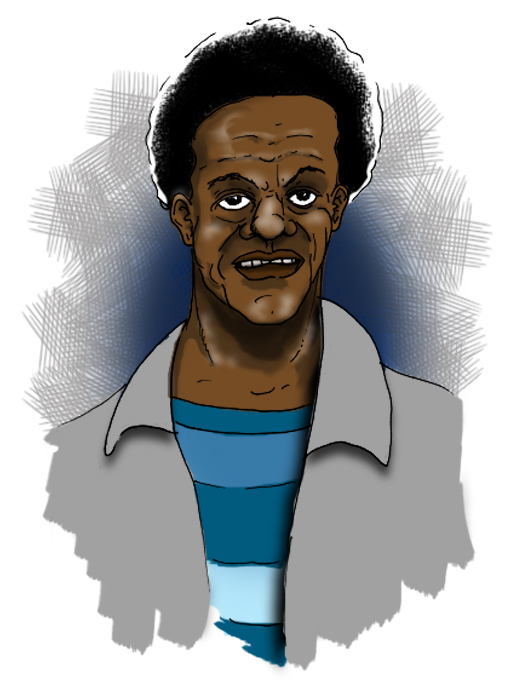 Based on his excellence in high school, Kevin Peter Hall was awarded a basketball scholarship to George Washington University. At 7′ 2″, Kevin dominated the game, but despite his athletic prowess, he decided his major would be theatrical arts.

After abandoning a brief basketball career in Venezuela, Kevin landed his first role in the 1979 horror film Prophecy.  Under special effects make-up that concealed his face but enhanced his imposing frame, he was featured in two more films, the 1980 sci-fi thriller Without Warning  and the early Tom Hanks sword-and-sorcery TV-movie Mazes and Monsters.  Kevin guest starred on episodic television including Night Court  (in a comedic turn opposite 6′ 8″ cast regular Richard Moll) and The Dukes of Hazzard.  He was part of an ensemble cast of the short-lived series Misfits of Science.  He returned to the big screen as the title character battling Arnold Schwarzenegger in Predator.  Kevin followed that again as the title character bigfoot in Harry and the Hendersons,  another role showcasing his impressive height.

For two years, Kevin had a recurring role on the sitcom 227.  While working on the show, he met actress Alaina Reed. Alaina, who played the good-natured Rose Lee Holloway, had previously played Gordon’s sister Olivia on Sesame Street  for over a dozen years. In 1988, the couple were married on the show and  in real life.

In 1990, Kevin was involved in a serious car accident and required a blood transfusion. At the hospital, he received blood contaminated with the HIV virus. With his immune system compromised, Kevin died from pneumonia several months later. He was 35 years old.