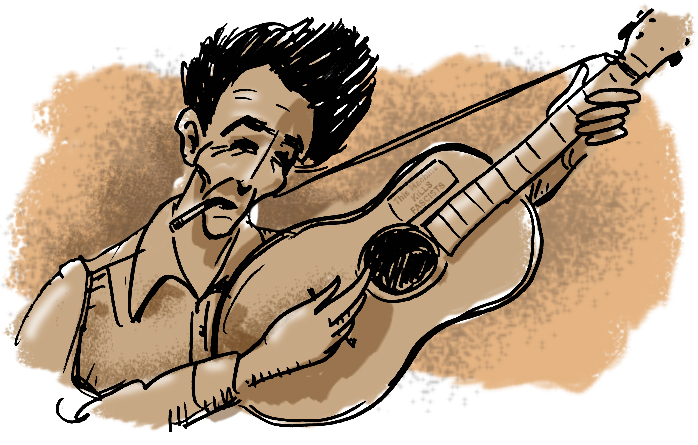 “Life has got a habit of not standing hitched. You got to ride it like you find it. You got to change with it. If a day goes by that don’t change some of your old notions for new ones, that is just about like trying to milk a dead cow.”
 Woody Guthrie

Woodrow Wilson Guthrie was born in 1912 and his life reads like an adventure story. He was a prolific songwriter and poet, a political activist and the inspiration for every folk singer who ever plunked out a tune on the acoustic guitar. He never stopped singing, composing and adventuring… until he succumbed to the effects of Huntington’s disease (the same disease that claimed his mother and two of his children) at age 55.