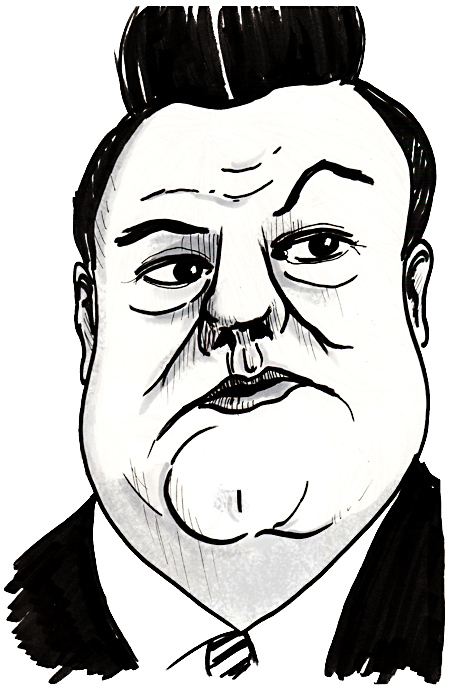 In the late 70s, Glenn Shadix left his Bessemer, Alabama roots behind him and headed to New York City with dreams of a career in show business. While working as a production assistant at the St. James Theater in Manhattan, Glenn began a friendship with legendary playwright Tennessee Williams. Young Glenn spent long hours at the Èlysèe Hotel’s Monkey Bar listening as Williams spun cautionary tales of the ups and downs of the entertainment industry.

Soon, Glenn headed west to Hollywood and was cast in a small role in the 1981 remake of The Postman Always Rings Twice.  While performing the cross-dressing role of Gertrude Stein in a Los Angeles stage production, he caught the attention of director Tim Burton. He co-starred in 1988’s Beetlejuice  as Otho the uppity interior designer, the first of many collaborations with Burton. The following year, Glenn took the memorable part of Father Ripper in the black comedy Heathers. Over the next twenty-plus years, he took dozens of small roles in movies and television , sharing the screen with diverse stars like Sylvester Stallone, Faye Dunaway, Jerry Seinfeld, Mark Wahlberg and countless others. He also lent his voice to many animated characters in Batman, Justice League  and the Tim Burton cult classic The Nightmare Before Christmas as the head-spinning Mayor.

In 2007, he returned to his native Bessemer after thirty years in Los Angeles and purchased a Victorian era home. The house was totally destroyed by a fire in 2008, along with all of Glenn’s possessions.

Now living in a condominium in Birmingham. Alabama, Glenn was experiencing declining heath and mobility problems and was confined to a wheelchair. On September 7, 2010, he fell from his wheelchair and died as a result of blunt trauma to his head. He was 58 years old.