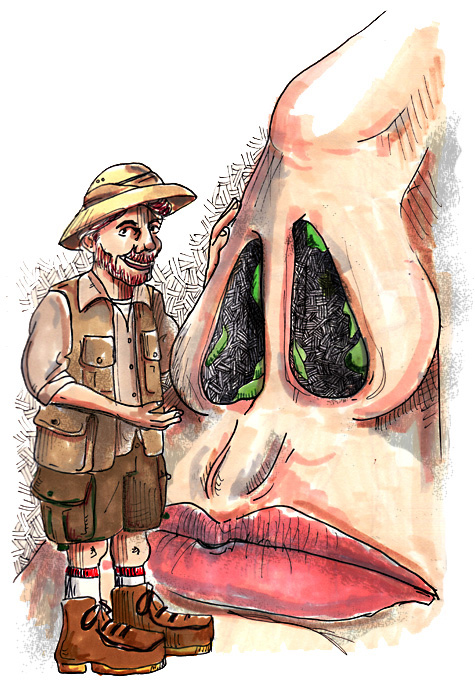 Every kid grows up listening to novelty songs and every generation had their favorites. From the early 20th century’s “K-K-K-Katy” and “Yes We Have No Bananas” to the wildly popular “Der Fuher’s Face” during World War II, novelty songs have always been crowd-pleasers.

When I was in high school, I loyally tuned in to the syndicated Dr. Demento Show  every Sunday night on local station WYSP. Upon hearing the opening strains of The Roto Rooter Good Time Christmas Band’s instrumental version of “Pico and Sepulveda”, I knew I was in store for two hours jammed with the strangest, wackiest and coolest novelty songs hand-picked by the good Doctor himself.  Dr. Demento’s (aka Barry Hansen) playlist spanned several decades. It was on the Dr. Demento Show  that I first heard the classics “Shaving Cream” and “Fish Heads”. He played Allan Sherman songs that I had listened to as a kid. He played Frank Zappa songs that may have been considered novelties by the masses, but not by Frank. Dr. Demento even played homemade tapes tapes some kid with an accodorian sent him. That kid, Weird Al Yankovic, made a career out of the novelty genre.

I had some favorites that I would wait for every week, hoping to hear and laugh along with them again. One was Jerry Samuels’ “I Owe A Lot (to Iowa Pot)”. This folk guitar ditty was a vast departure from Jerry’s previous novelty effort. In the middle 60s, Jerry recorded the international novelty hit “They’re Coming to Take Me Away” under the pseudonym Napoleon XIV. I was also partial to “Friendly Neighborhood Narco Agent” by Jef Jaisun. Jef’s fun little ode to getting busted was actually a nightmare for the budding rockstar. Warner Brothers Records gave poor Jef the run-around for years, denying him any royalties. After years of futile attempts for payment, Jef’s career headed in another direction and he became a fairly successful photographer until he passed away in 2006. Folk singer Peter Alsop had a minor hit with Larry Groce’s “Junk Food Junkie”. On his tenth album, Peter recorded “Let’s Go On Safari into My Sister’s Nose”  a song, thirty-five years later, I still can’t get out of my head. Peter still records today, but here are the lyrics to his opus about his sibling’s snot:

Leave your gas mask in the car\My sisters nose wont smell\But bring along a pack\You might find something you can sell!
Sometimes a loose stalactite\Gives no warning when it falls\So walk only on the hard part\And please dont touch the walls
Or well never get you out of there\Youll slide right out of sight\Although my sisters nose is nice\Its a scary place at night!

So lets go on safari\Into my sisters nose\The Northwest Passage might be open\Usually its closed!
Dont worry about the monsters\That are lurking up in there\If you get one on you, do like her\And wipe it on Moms chair!