This week’s challenge word on the Illustration Friday website is “clumsy”. 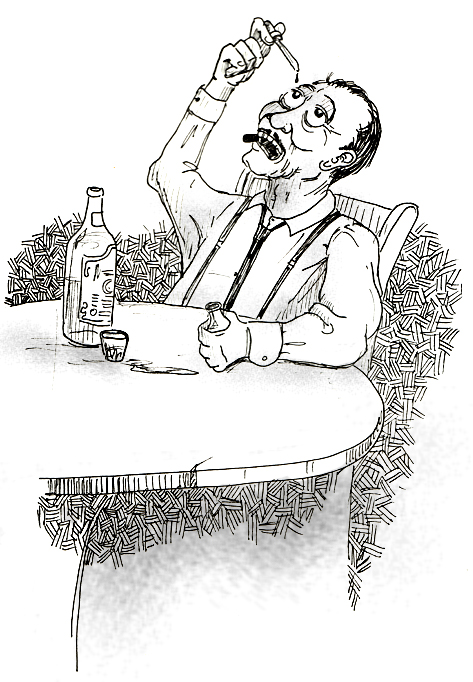 Tennessee Williams was one of the greatest American playwrights. He wrote The Glass Menagerie, A Streetcar Named Desire, The Rose Tattoo  and Cat on a Hot Tin Roof, to name just a few.

Williams used eyedrops on a daily basis and had a ritual in which he applied them. He would sit down, unscrew the cap and place it in his mouth. He’d draw the precise amount of liquid into the eyedropper, lean his head back and, with a gentle squeeze of the rubber bulb, let the drops fall into his eye. On February 25, 1983, in his room at the Hotel Elysee in New York, Williams choked to death on an eyedropper bottle cap.