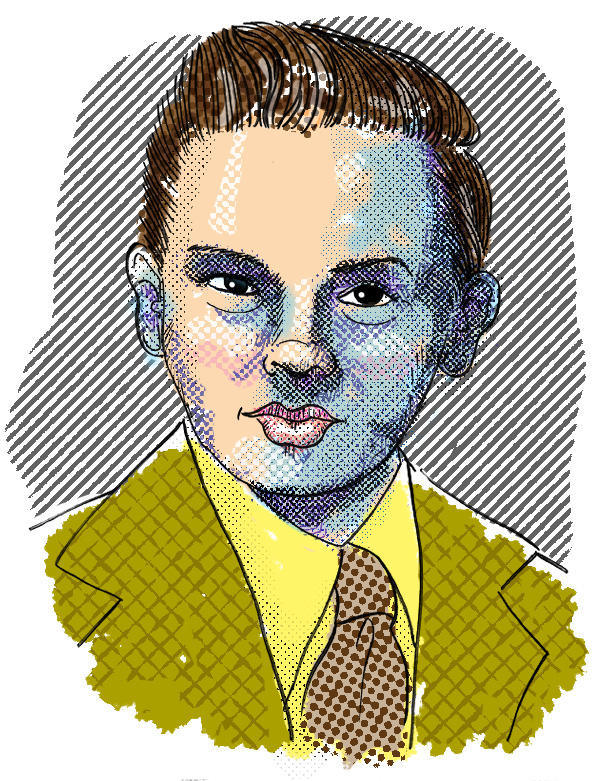 Bobby Driscoll was Walt Disney’s Golden Child. He was the typical cute, scrappy All-American boy and Disney Studios milked that image for all they could. Bobby starred in a string of classic live-action pictures for Disney, including Song of the South, So Dear to My Heart  and Treasure Island. He was also provided the voice for “Goofy Jr” in several animated short subjects. Bobby’s most famous Disney role was providing the voice of the title character in the 1953 animated classic Peter Pan. Bobby was in high demand and Disney allowed the young star to be “loaned out” to other studios, which was common practice for contracted performers. Bobby won an Oscar in 1950 for “Best Juvenile Actor.” (That category was discontinued by the Academy in 1960.)

As Bobby grew older, he didn’t quite fit the persona of the “likable kid” anymore. He grew dissatisfied with that image. He also developed terrible acne. He would make public appearances with heavy, concealing makeup. Disney seized this opportunity to sever Bobby’s contract, essentially abandoning him.

He found his demand dwindling in the early to middle 1950s. He took small, one-shot roles on episodic television, usually playing a bully or gang member. He was arrested for marijuana possession in 1956. In 1961, he was arrested and sentenced for disturbing the peace, assault and drug charges.

After his release from prison and and a year after his parole expired, Bobby moved to New York City. He became part of Andy Warhol‘s Greenwich Village art community known as The Factory, where he began focusing on his artistic talents. He took one more acting role in an experimental film called Dirt  in 1965.

Bobby soon afterward left Warhol and The Factory and disappeared, penniless. On March 30, 1968, two boys playing in a deserted East Village tenement found his dead body. The medical examination determined that he had died from heart failure caused by an advanced hardening of the arteries due to longtime drug abuse. There was no ID on the body, and photos taken of it and shown around the neighborhood yielded no positive identification. When Bobby’s body went unclaimed, he was buried in an unmarked grave in New York City’s Potter’s Field. Nineteen months after his death, Bobby’s mother sought the help of the Disney Studios to contact him for a reunion with his father, who was near death. Given his last know whereabouts, she contacted the New York City Police who, based on a fingerprint match, directed her to the pauper’s graveyard.