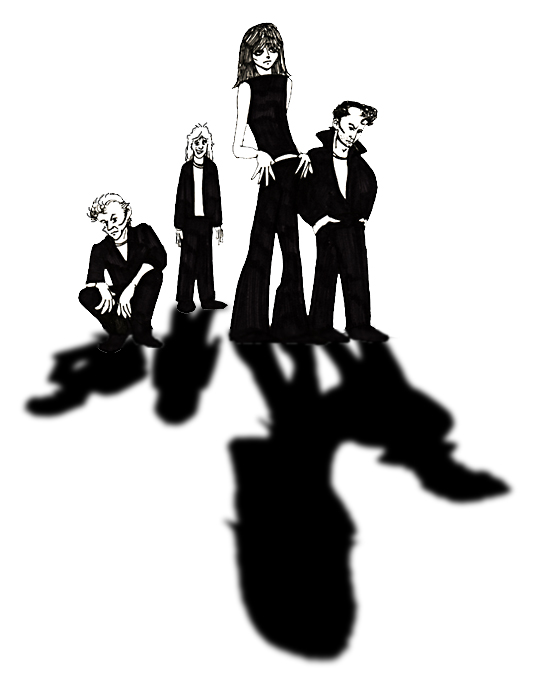 In the summer of 1980, I took my first real vacation without my parents. It was just before my nineteenth birthday. My two best friends, Alan Salkowitz and Scott Sadel, and I decided that another summer with a three-day trip to Betty’s Rooms in Atlantic City was more than we could stand. We thought a trip to the magical land of Florida was what we wanted. Wanted? No, deserved!  We discussed our Sunshine State destinations — Miami? Fort Lauderdale? Daytona Beach? Someone (possibly Alan) suggested Orlando. “Orlando? What’s there to do in Orlando?,” I asked. The answer was “Disney World.” “An amusement park?,” I countered, “You’ve GOT  to be kidding!” We went back and forth for a while and, under protest (I voted for Fort Lauderdale), it was decided for me. I was going to Orlando.

We made an appointment with a travel agent (remember those? ). After a lesson in “vacation without parents” (read: no one to pay for stuff except you), we found we would need a fourth person to cut expenses. Alan suggested Wayne Cohen, a high-school classmate we all knew casually. It was agreed that Wayne would be monetary equalizer.

I scraped together and borrowed the money for airfare, hotel, meals, souvenirs and two-day admission to Walt Disney World’s Magic Kingdom. Soon enough, Alan, Scott, Wayne and I took off from Philadelphia International Airport on our “big-boy” vacation.

During our flight, Scott go up to use the bathroom, which was about ten rows in front of where we were seated. He emerged from the lavatory with a paper seat protector around his neck and he tossed a tampon over the heads of several passengers to me. This set the tone for the next six days.

We landed in Orlando. A set of rolling stairs was wheeled up to our plane and we exited. We walked across the tarmac toward the tiny Orlando terminal to retrieve our luggage and begin our week of planned debauchery. We picked up our pre-arranged rental car  a Chrysler Cordoba, minus the rich Corinthian leather (an additional ten bucks a day we couldn’t afford). Our next stop was The International Inn on International Drive, a mere fifteen minutes from Walt Disney’s tourist mecca. Spotting our hotel and measuring its proximity to the nearest liquor store, we ranked our priorities and hung a quick left in order to acquire beer. And a lot of it.

It was early on the day we landed and we were anxious to get our vacation started. After downing a few canned malt and barley cocktails, we headed out to Mystery Fun House. It was one of many hokey fringe attractions that were erected to cash in on Disney’s overflow. (Yes. We drove. In our car. After drinking alcohol. I do not condone this activity, but it was 1980 and we were dumb teenagers. Plus, it gives great support to the raising of the legal age of alcohol consumption to 21.)

We spent to next two days at Walt Disney’s Magic Kingdom. We gleefully enjoyed rides that were meant for six-year olds. We bought useless souvenirs emblazoned with Mickey Mouse. We drank sodas that, even by 1980’s standards, were overpriced. And we loved it. We were intrigued by countless advertisements for a Disney project called EPCOT Center that would be constructed on an adjacent tract of property ten times the size of the Magic Kingdom.

On the days that we didn’t spend at Walt’s place, we ate our meals at Davis Brothers endless buffet. Here, these four sheltered Jewish kids from northeast Philadelphia experienced the Southern delicacy known as “grits”. And we drank. And drank. And drank.

One evening, we made reservations for Disney’s Wild West dinner show, The Hoop-Dee-Doo Revue. In addition to the stage show, the evening included all-you-can-eat barbecued ribs, chicken, beans, corn-on-the-cob. It also included giant pitchers of all-you-can-drink sangria, of which we took full advantage. By the end of our week, three of us had the greatest time and we were keeping ourselves from killing Wayne. We were tempted to make a break for it when he set off the metal detector at the Orlando airport.

Our entire trip was supplemented with a musical soundtrack provided by WBJW  BJ 105  Orlando’s top 40 radio station. We sang along to every song that blasted from that Cordoba’s dashboard console. One song played constantly. One song was in BJ 105’s heaviest of rotations. “Brass in Pocket” by The Pretenders. We had never heard anything like this song. Between the plodding rock beat of “Another Brick in The Wall” and the throbbing disco beat of “Funkytown,” Chrissie Hynde’s sultry and unintelligible lyrics shone like a punk bonfire.

Upon our return to Philadelphia, I purchased the 45-rpm single (that pre-dates CDs, kids) of “Brass in Pocket” at Peaches Records. Unprompted, the cashier gave me her phone number on the back of my receipt. (We dated once, but I ended it when she informed me that she was bisexual. Oh, shut up, I was nineteen, for chrissakes!)

Time changes things….
Orlando’s airport is a sprawling transportation center with a monorail that takes passengers to luggage pickup. Walt Disney World is home to four theme parks, two water parks and twenty-three themed hotels. I haven’t spoken to Alan or Scott in years and (ironically) I believe Wayne is dead. I love eating grits, however I am a vegetarian so the ribs and chicken are out. I don’t drink alcohol anymore. I read about the bisexual cashier’s engagement in the Jewish Exponent several years ago. Two years after this vacation, I met my wife. Next year we celebrate our twenty-fifth anniversary.

In 1982, Pretenders’ guitarist James Honeyman-Scott died of a cocaine overdose. In 1983, bassist Pete Farndon overdosed on heroin. The Pretenders essentially became “The Chrissie Hynde Show” and have been releasing albums that (arguably) never equalled the power or consistency of their first.