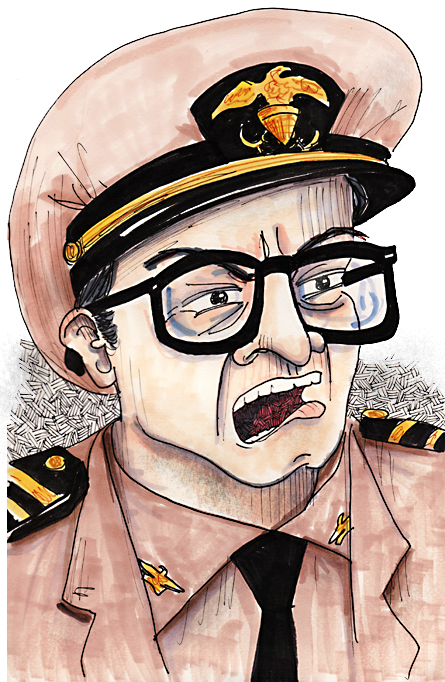 Joe Flynn almost made his motion picture debut in Alfred Hitchcock’s Rear Window, however his scene was left on the cutting room floor. But after a run of bit parts in movies and TV through the 1950s and early 1960s, Joe’s career took off. He enjoyed major success as Captain Binghamton, the spoiler to Ernest Borgnine‘s schemes in McHale’s Navy, including two theatrical spin-offs. He was also featured in a number of Disney live-action comedies, including three in which he played perpetually agitated Dean Higgins of Medfield College. Joe’s comedic talents were in high demand for sitcoms, films and commercials through the 60s and early 70s. In the early 1970s, Flynn was one of the leaders of a Screen Actors Guild group that sought a more equitable distribution of TV residual payments.

In the early summer of 1974, Joe had broken his leg just after completing his voice-over work on the Disney animated movie The Rescuers. Alone one afternoon, he waded into his backyard swimming pool. Joe suffered a heart attack. Hours later, his family found his lifeless body at the bottom of the pool, held down by the weight of his wet and waterlogged leg cast. He was 49 years old.

How prophetic was McHale’s nickname for Captain Binghamton  “Old Leadbottom”.