The current challenge word at sugarfrostedgoodness.com is “black”. 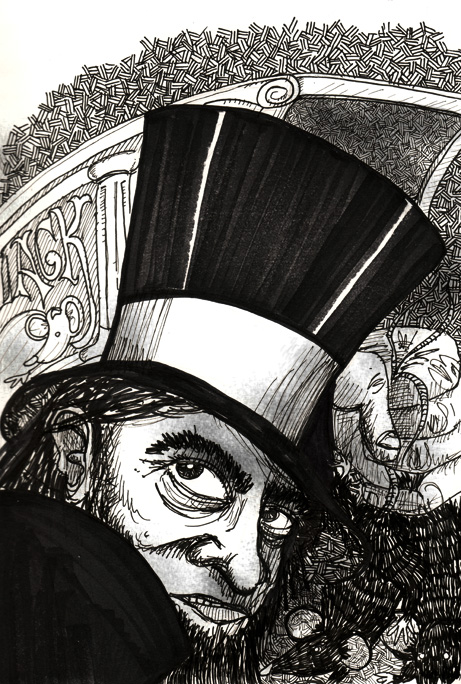 In the middle nineteenth century, Jack Black (no, not THAT Jack Black) served as rat-catcher and mole destroyer by appointment of Her Majesty Queen Victoria. That meant he was the head vermin exterminator, but he was a bit of a showman, too.
Henry Mayhew, founder of British humor magazine Punch, recalled that Jack Black (no, not THAT Jack Black) was “the most fearless handler of rats of any man living.” Proud of his profession, Black wore a wide leather belt inlaid with cast-iron rats. Black drove a cart with rats painted on the side panels. He would often stop his cart in busy areas of town for “performances”. He had a stage rigged on the cart, on which were cages filled with rats. He would exhibit the rapid effects of his rat poison, by dipping his hand into a cage of rats and taking out as many as he could hold. He would then administer his own blend of rat poison right into the animals’ mouths. However, his work experiences included a number of occasions when he nearly died from infection following rat bites.
When Jack Black (no, not THAT Jack Black) caught any unusually colored rats, he bred them, to establish new color varieties. He would sell his home-bred, domesticated colored rats as pets to well-bred young ladies to keep in squirrel cages. Beatrix Potter is believed to have been one of his customers, and she dedicated the book Samuel Whiskers to her rat of the same name.
Jack Black (no, no THAT Jack Black) had a number of sidelines beyond rats, including fishing (for food and supplying aquariums), bird catching, taxidermy and dog breeder.
The position of royal rat catcher disappeared in the early twentieth century. Unfortunately, THIS Jack Black was never caught.