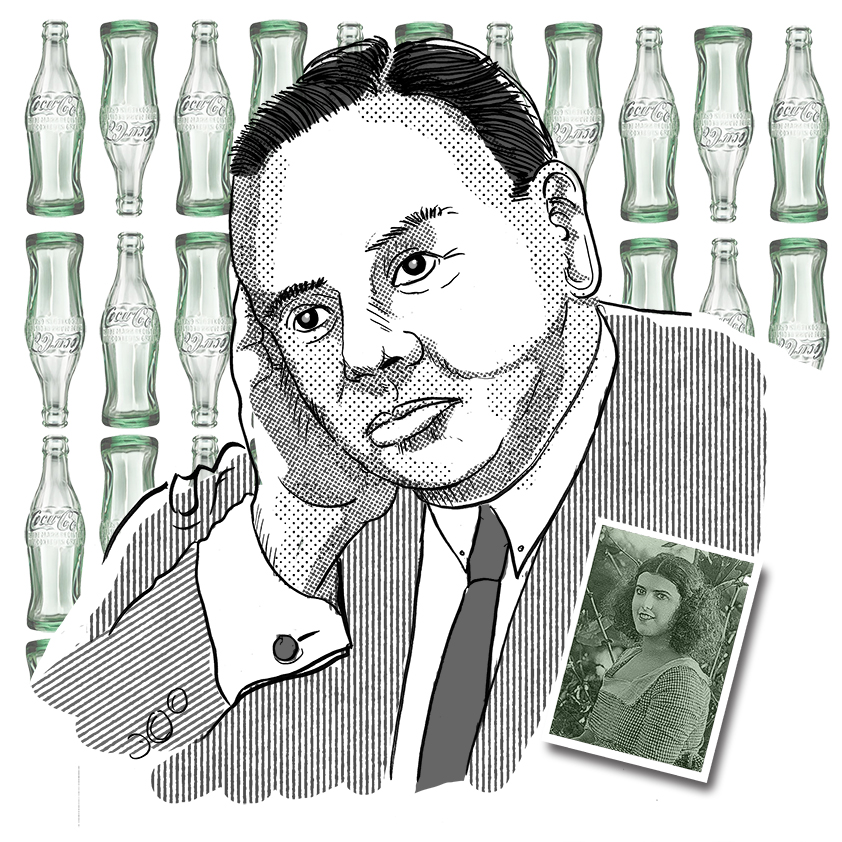 Roscoe “Fatty” Arbuckle appeared in several Keystone Kops shorts in 1913. In 1914 Paramount Pictures offered the then-unknown Arbuckle $1,000 a day, 25% of all profits and complete artistic control of movies he made for them. The movies were so lucrative and popular that in 1918 they offered Arbuckle a 3-year, $3 million contract. In his movies, Arbuckle typically portrayed a bumbling yet well-meaning hero who saved the day by pie-throwing, back-flipping, and generally outwitting his opponent. In spite of his bulky, 250-pound frame, Arbuckle proved to be an able acrobat ― a skill he had perfected during his days in vaudeville. In 1919, Arbuckle was one of the most successful comedians in silent film. Two years later, that would change.

On September 3, 1921 Arbuckle took a break from his hectic film schedule and drove to San Francisco with two friends. They checked into the St. Francis Hotel, decided to have a party, and invited several women to their suite. During the carousing, a 30-year-old aspiring actress named Virginia Rappe became seriously ill and was examined by the hotel doctor, who concluded her symptoms were mostly caused by intoxication.

Rappe died three days later of peritonitis caused by a ruptured bladder. Rappe’s companion at the party, Maude Delmont, claimed before a grand jury that Arbuckle had somehow pierced Rappe’s bladder while raping her. Rappe’s manager Al Semnacker accused Arbuckle of using a piece of ice to simulate sex with her, which led to the injuries. By the time the story was reported in newspapers, the object had evolved  into being a Coca-Cola or champagne bottle, instead of a piece of ice. In fact, witnesses testified that Arbuckle rubbed the ice on Rappe’s stomach to ease her abdominal pain. Arbuckle was confident that he had nothing to be ashamed of, and denied any wrongdoing. Delmont later made a statement incriminating Arbuckle to the police in an attempt to extort money from Arbuckle’s attorneys, but the matter soon spun out of her control. What Delmont did not tell the District Attorney was that as Virginia Rappe lay in pain in Arbuckle’s hotel suite, Delmont had sent a telegram to each of two friends: “WE HAVE ROSCOE ARBUCKLE IN A HOLE HERE. CHANCE TO MAKE SOME MONEY OUT OF HIM.” Her official complaint — with its description of how Arbuckle had dragged Virginia Rappe into his bedroom saying, “I’ve waited five years to get you;” how Rappe had cried for help from behind the locked door and Delmont had banged on the door; how Arbuckle had at last emerged, perspiring from the struggle and she had rushed in to find Rappe naked and bruised and dying — all had been a fabrication. After two deadlocked juries in as many mistrials, the jury at Arbuckle’s third trial deliberated for six minutes and returned a “not guilty” verdict. But it was too late for Arbuckle’s career. By this time Arbuckle’s films had been banned, and newspapers had been filled for seven months with alleged stories of Hollywood orgies, murder, sexual perversity, and lies about the case.

Arbuckle tried returning to moviemaking, but industry resistance to distributing his pictures lingered after his acquittal. He retreated into alcoholism. In the words of his first wife, “Roscoe only seemed to find solace and comfort in a bottle.”

Buster Keaton attempted to help Arbuckle by giving him work on Keaton’s films. Arbuckle also directed a number of comedy shorts under the pseudonym William Goodrich.

In 1921, shortly before his third marriage, Arbuckle signed a contract with Warner Brothers to star in six two-reel short comedies under his own name. The six shorts, filmed in Brooklyn, contain the only recordings of Arbuckle’s voice. Lionel Stander and Shemp Howard appeared with Arbuckle in these successful films.

Arbuckle had finished filming the last of these shorts on June 28, 1933. The next day he was signed by Warner Brothers to make a feature-length film. At last, Arbuckle’s professional reputation was restored, and he was welcomed back into the world he loved. He reportedly said, “This is the best day of my life.” He died that night of a heart attack. He was 46.