The challenge word on sugarfrostedgoodness.com is “wicked”. 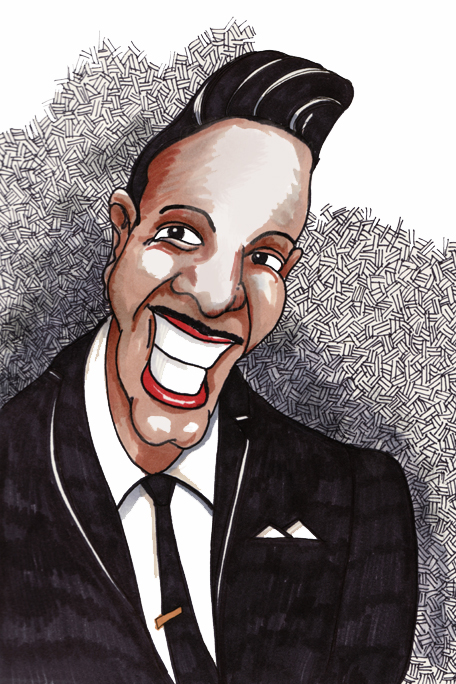 “Wicked” Wilson Pickett was born March 18, 1941 in Prattville, Alabama, and grew up singing in Baptist church choirs. He was the youngest of 11 children. He made reference to his mother as “the baddest woman in my book.” He said, “I get scared of her now. She used to hit me with anything, skillets, stove wood. One time I ran away and cried for a week. [I] stayed in the woods, me and my little dog.” Pickett eventually left to live with his father in Detroit in 1955.

He rose to stardom with such memorable hit songs as “In the Midnight Hour”, “Mustang Sally”, “634-5789”, “Land of 1000 Dances”, “Funky Broadway” and many, many more. Pickett was also a popular songwriter, as songs he wrote were recorded by such diverse artists as Led Zeppelin, Van Halen, The Rolling Stones, Aerosmith, the Grateful Dead, Booker T. & the MGs, Genesis, Creedence Clearwater Revival, Hootie & the Blowfish, Echo & The Bunnymen, Roxy Music, Bruce Springsteen, Los Lobos, The Jam, Ani DiFranco, among others.

Outside of music, Pickett’s personal life was troubled. Even in his 1960s heyday, Pickett’s friends found him to be temperamental and preoccupied with guns. In 1987, as his recording career was drying up, Pickett was given two years’ probation and fined $1,000 for carrying a loaded shotgun in his car. In 1991, he was arrested for allegedly yelling death threats while driving a car over the mayor’s front lawn in Englewood, New Jersey. The following year, he was charged with assaulting his girlfriend. In 1993, Pickett was involved in an accident where he struck an 86-year-old pedestrian with his car in Englewood. Pickett pled guilty to drunken driving charges and received a reduced sentence of one year in jail and five years probation. Pickett had also been previously convicted of various drug offenses.

Throughout the 1990s, despite his personal troubles, Pickett was continuously honored for his contributions to music, and was inducted into the Rock and Roll Hall of Fame.

Several years after his release from jail, Pickett returned to the studio and received a Grammy nomination for the 1999 album “It’s Harder Now”. The comeback also resulted in his being honored as Soul/Blues Male Artist of the Year by the Blues Foundation in Memphis.

Pickett died of a heart attack January 19, 2006 in the hospital near his Ashburn, Virginia home and, ironically, was buried next to his mother in Louisville, Kentucky.