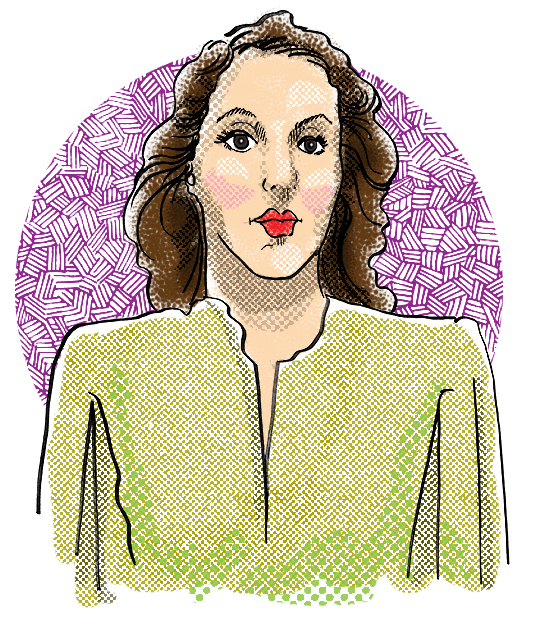 Virginia O’Brien was at the very top in the 1940s. She was featured in 17 films, most of which showcased her comedic ability and lovely singing voice. But, what made Virginia stand out among her contemporaries was her style. And her style was deadpan.

In numerous featured performances, whether fronting a big band or at the forefront of a musical number, Virginia employed a deadpan, unblinking, expressionless façade that eventually became her trademark. In films like The Big Store with The Marx Brothers, Panama Hattie and DuBarry was a Lady with Red Skelton, Virginia sang her heart out while barely moving a muscle…. and audiences ate it up. Virginia explained that this was a coping mechanism she used early in her career to combat a bad case of stage fright. She didn’t always sing in this manner, but it was always well received when she did. Her acting was as emotive and natural as her co-stars, but her singing style was her comedy secret weapon.

When her contract was unceremoniously dropped by MGM Studios, Virginia effortlessly moved on to television and live theater. In 1976, she appeared in the comedy film Gus for Walt Disney Pictures, but soon returned to the stage. She performed into the 1990s in a one-woman show, as well as in a touring production of the musical Show Boat and a stint in the popular The Fabulous Palm Springs Follies musical revue.