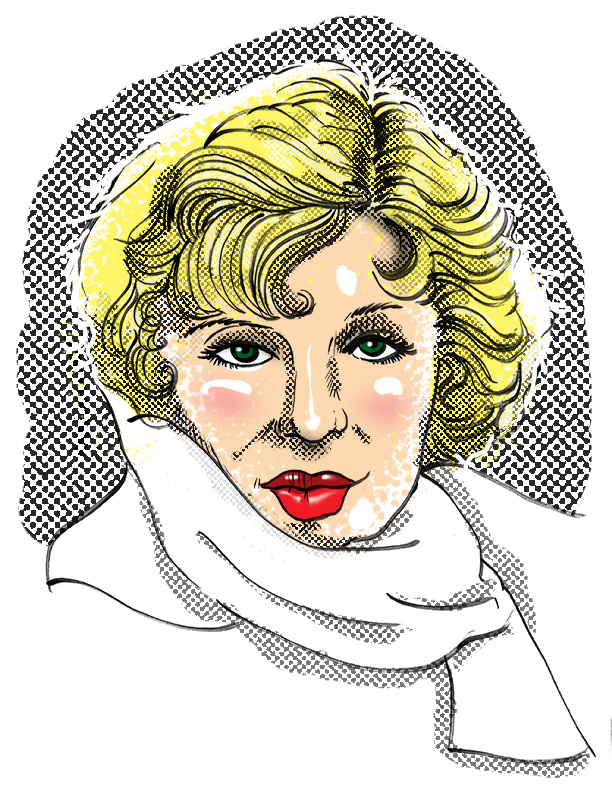 Glenda Farrell was the epitome of the snappy-talking blonde, so popular in 1930s Hollywood. She was often cast as confident women in films, including I Am a Fugitive From a Chain Gang and Lady for a Day. She appeared alongside Edward G. Robinson in Little Caesar and a succession of film noirs to great success.

In 1934, she was paired with fellow Warner Brothers player Joan Blondell for a series of comedy films. Once more, Glenda’s career met with more success, as the well-received pairing led to eight additional films.

In 1937, she was elected honorary mayor of North Hollywood, beating out Bing Crosby for the office. Originally intended as a publicity stunt, Glenda took the position seriously, setting the groundwork for the installation of a sewer system on Ventura Highway.

Glenda rode her success into the 40s, 50s and 60s, with stage roles, more film roles and parts on episodic television. She even appeared with her son Tommy in two films in 1964 — Kissin’ Cousins with Elvis Presley and Jerry Lewis in The Disorderly Orderly. She was coaxed out a brief retirement in 1968 to appear on Broadway in Forty Carats, a play which earned a Best Actress Tony Award for star Julie Harris. Glenda’s run in the play was cut short due to health issues. She was diagnosed with lung cancer. Her health deteriorated and Glenda passed away in 1971 at the age of 66.