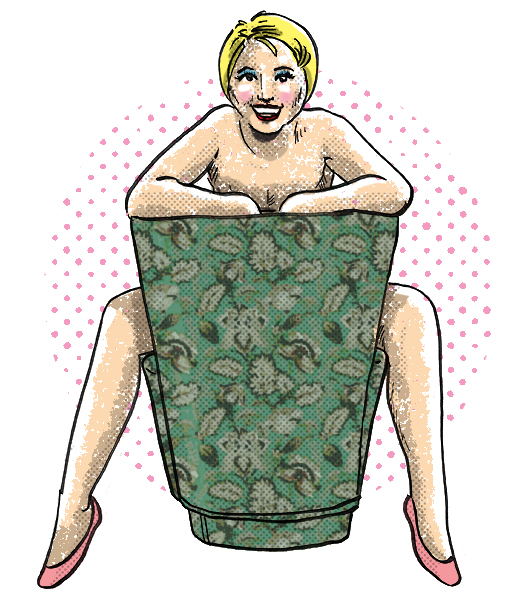 Joan Blondell placed fourth in the 1926 Miss America Pageant, but used the opportunity to get jobs as a model and eventually a Broadway actress. She caught the eye of Al Jolson, who cast her opposite James Cagney in the musical Penny Arcade. It was the first of several films in which Joan would appear with Cagney. She most famously starred as Cagney’s pal Matt’s (as played by Edward Woods) gilrfriend in 1931’s The Public Enemy. It was around this time that Joan cemented her standing as one of Hollywood’s “Blonde Bombshells.” She posed for a discreetly shot, though nude, publicity photo that was soon banned by the rules of the strict Hays Code that ruled Hollywood well in the 1950s.

Joan appeared in nearly 100 films in her career, garnering an Oscar nomination in 1951 for The Blue Veil. She returned to Broadway several times as well, appearing opposite Tallulah Bankhead in the play Crazy October and playing the nagging mother, Mae Peterson, in the national tour of Bye Bye Birdie. Joan took numerous roles on television, including guest appearances in Twilight Zone, Family Affair, The Real McCoys and Petticoat Junction. She was set to take the role of Lucy’s best friend on The Lucy Show, until she walked off the set after Lucille Ball humiliated her in front of a live audience. She received two consecutive Emmy nominations for her ongoing role as “Lottie Hatfield” on the series Here Come the Brides.

Joan continued to act into the 1970s, changing her persona from “sex symbol” to “brassy broad.” She had supporting roles in the big-screen musical Grease and the remake of The Champ, the latter being her final screen appearance. Joan died of leukemia on Christmas Day 1979. She was 73.