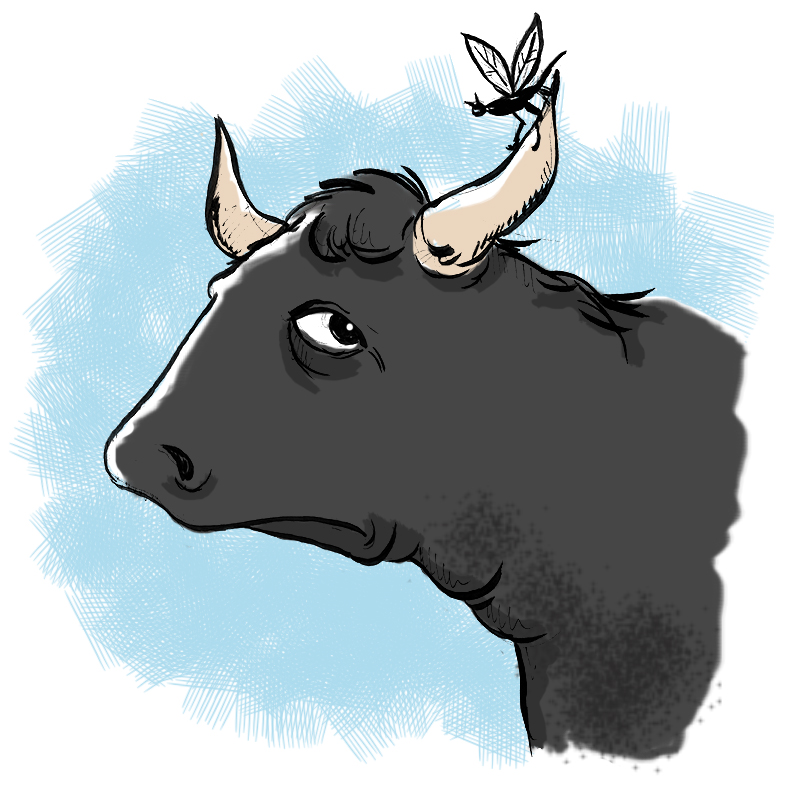 A gnat flew over the meadow with much buzzing for so small a creature and settled on the tip of one of the horns of a bull. After the gnat had rested for a short time, he got ready to fly away. But before he left, he begged the bull’s pardon for having used his horn for a resting place.

“You must be very glad to have me go now,” the gnat said.

“It’s all the same to me,” replied the bull. “I did not even know you were there.”

As the gnat flew away, the bull muttered under his breath, “Asshole.”

Moral: The smaller the mind the greater the conceit.