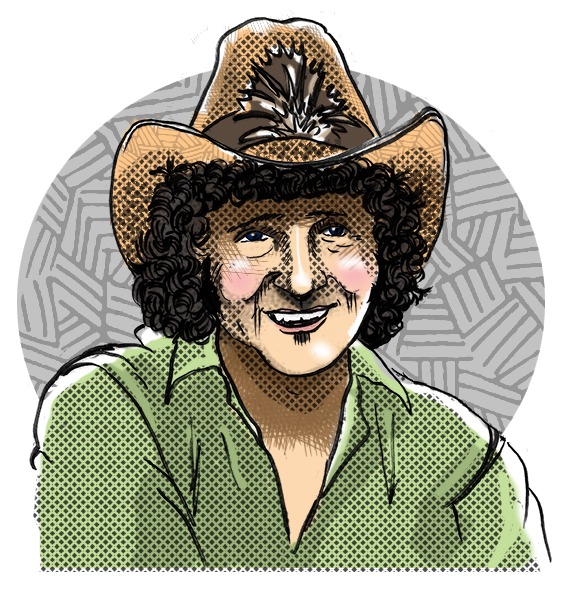 I will admit… I wasn’t the biggest Mac Davis fan that ever lived. I didn’t dislike him. I heard his songs on the radio throughout the 70s. It was difficult not to! He had a lot of hits in those years. I watched his variety show when it premiered in 1974. I was 13 and the choices for television viewing were limited at the time. I saw some of his movies, like North Dallas Forty with Nick Nolte and The Sting II, an unnecessary sequel to a wonderful, Oscar-winning film that was ill-conceived from the get-go. I just wasn’t a fan.

It wasn’t until Mac Davis passed away — just this week at 78, from complications following heart surgery — that I realized the impact that his contributions made on pop music. He started as an employee with Boots Enterprises, a company owned by Nancy Sinatra. When he wasn’t writing songs, he was playing as a session musician on Nancy’s recordings. When he was writing, he composed songs that were eventually recorded by Elvis Presley, B.J. Thomas and Nancy herself. Mac wrote “In The Ghetto,” “Don’t Cry Daddy,” “Memories” and “A Little Less Conversation” — all hits for the King. He wrote “Watching Scotty Grow,” which was a Number One hit for Bobby Goldsboro. He also wrote “I Believe in Music,” a Top 30 hit for one-hit wonders Gallery, but went on to become Mac’s “signature” song. In addition, Mac himself had a string of radio-friendly tunes, including “Baby, Don’t Get Hooked on Me,” “One Hell of a Woman” and “Stop and Smell the Roses.” At the close of the 70s, Mac made the unlikely move of signing with Casablanca Records, the home of disco queen Donna Summer and camp-rockers KISS. His first released was a tongue-in-cheek novelty track called “It’s Hard to be Humble.” It became his first Top 10 Country hit, a genre he embraced for most of his career.

Later in his career, he served as the on-screen balladeer in the Dukes of Hazzard reunion movie Hazzard in Hollywood. He also lent his voice to several animated projects including two episodes of King of the Hill. Mac also starred in both the Broadway and touring company versions of The Will Rogers Follies playing the title role.

In 2000, Mac’s career achievements were acknowledged with a star on the Hollywood Walk of Fame and an induction into the Nashville Songwriters Hall of Fame.

He passed away on the same day as his fellow ’70s pop singer Helen Reddy.