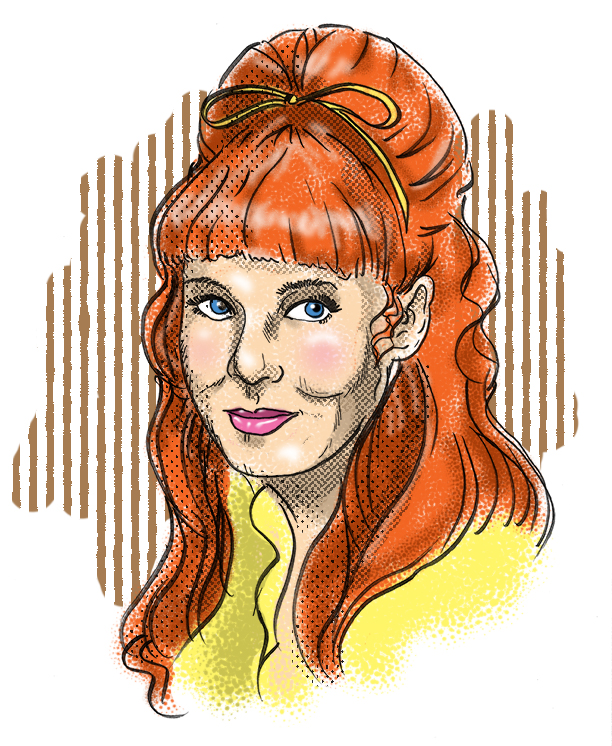 Hopeful drama student Bridget Hanley worked as an office secretary while finding time to audition for acting roles. She landed a part in a Southern California touring company of Under The Yum Yum Tree. After four years, she was signed to a contract by Screen Gems Productions who billed the budding actress as “a young Maureen O’Hara.”

Bridget was featured in a slew of guest roles in Screen Gems properties, including including Gidget, The Farmer’s Daughter, Love on a Rooftop, Bewitched, I Dream of Jeannie and The Flying Nun. She became a favorite of prolific producer/director E. W. Swackhamer, who cast her as the female lead in his new series Here Come the Brides. During the run of the series, Bridget married Swackhamer.

After Here Come the Brides ended, Bridget continued to appear in sitcoms, Westerns and dramas. In 1980, she was cast opposite Barbara Eden in the sitcom Harper Valley PTA, when she played a member of a stuck-up family who constantly battled Eden’s character. As lesser-known Sherwood Schwartz creation, Harper Valley PTA lasted thirty episodes. She remained active in local theater and still performed in the occasional television production. She later did some teaching and lecturing on the college level.

Bridget was diagnosed with Alzheimer’s disease, and passed away on December 15, 2021 at the age of 80.