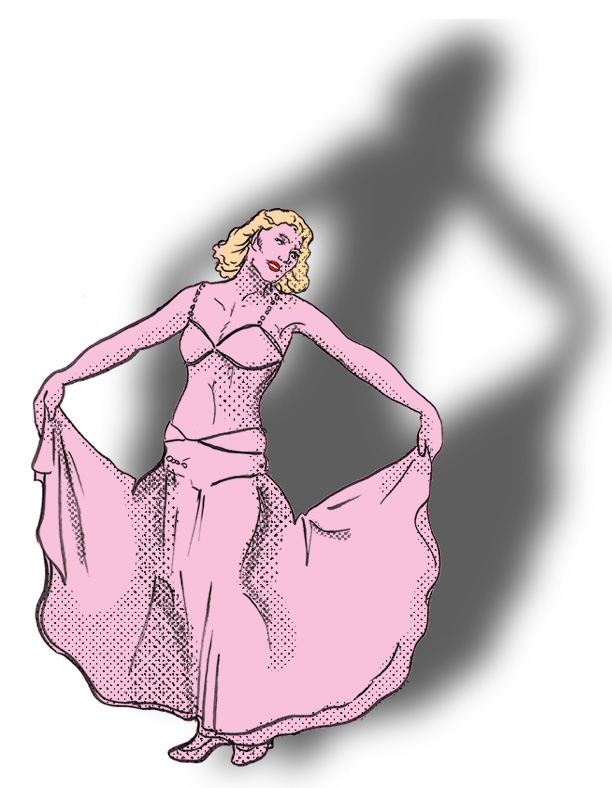 For someone with such an interesting and unusual name, there is not a lot of information about Bo Peep Karlin.

She was born Lioba Karlin in 1910 in Green Creek, Illinois, located midway between St. Louis and Terre Haute, Indiana. An aspiring dancer, Bo Peep made her film debut in an uncredited role in the early talkie The Great Gabbo, starring Erich Von Stroheim as a possessed ventriloquist, and early entry in the the oft-used movie trope. Bo Peep went on to appear in eight more film roles, all but one uncredited. Her final role, the one for which she received screen credit, was in the 1963 musical Bye-Bye Birdie. She played “Ursula’s Mother.” The character didn’t even have an actual name. Bo Peep retired from acting at the conclusion of filming.

Bo Peep married actor turned studio executive Gaston Glass. Glass was a popular silent movie actor whose career plummeted when talking pictures came into prominence. He took the opportunity to work behind-the-scenes. Glass served as a production manager at 20th Century Fox, working on such films as All About Eve, State Fair and Three Coins in the Fountain. He later moved on to television, where he supervised the production of Voyage to the Bottom of the Sea, Lost in Space and Batman. He was briefly married to Renée Adorée before marrying Bo Peep Karlin.

Bo Peep and Gaston Glass had three children, including movie and television score composer Paul Glass. They remained married until Glass’s death in 1965. Bo Peep passed away four years later at the age of 58.