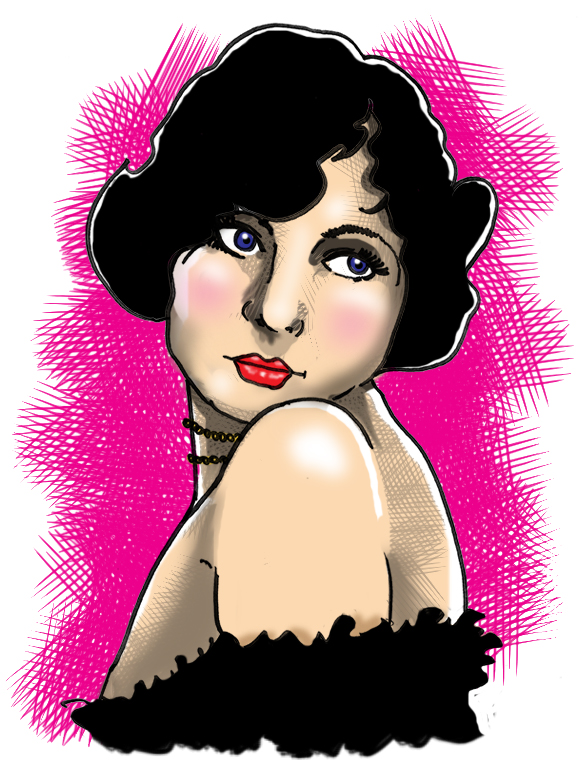 Jeanne de la Fonte began performing with her family in their circus act and drew acclaim throughout her native France and Europe. Just into her 20s, she came to the United States and appeared in a musical revue in Washington DC, using the stage name “Renée Adorée.” The show, Oh Uncle!, was a hit and Renée’s dancing skills landed her roles in several more productions, including an opening at the Schubert Theater in New York City in 1919.

In 1920, she was cast in director Raoul Walsh’s silent film The Strongest. Based on favorable reviews, Renée made several more films. At the end of the year, she met and married Tom Moore, a popular actor 15 years her senior. The couple divorced after three years and Renée married again just a few months later.

Renée starred in one of MGM’s biggest hits, the 1925 war melodrama The Big Parade. She followed that film with the Howard Hughes-produced The Mating Call, in which she appeared in a controversial nude scene. She made a smooth transition to sound films in 1928, unlike a lot of actors at the time.

In 1930, with 45 films to her credit, Renée was diagnosed with tuberculosis. Against doctor’s orders, she continued to work on the film Call of the Flesh with co-star Ramón Novarro. At the movie’s completion, she was rushed to a hospital. She recovered, but the disease weakened her severely. Attempting to resume her acting career, Renée struggled and eventually resigned from the spotlight. She passed away in 1933 at the age of 35.