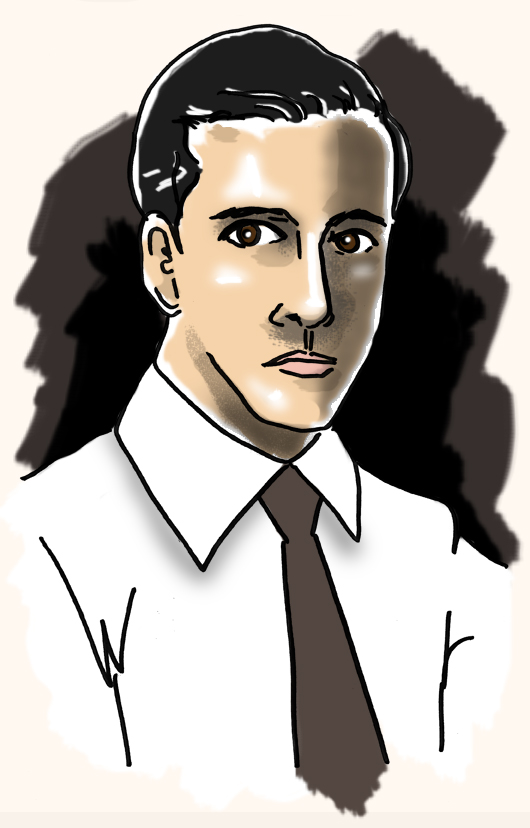 José Ramón Gil Samaniego and his family fled their native Mexico in 1913 to escape that country’s violent revolution. The family settled in Los Angeles. With a distant show business connection (actress Delores Del Rio was a second cousin), Ramón took bit parts in silent films while working as a singing waiter to supplement his income. He was befriended by actress Alice Terry and her husband, noted director Rex Ingram. The couple, respected in Hollywood circles, touted young Ramón as the successor to Rudolph Valentino. With support and a suggested name change from Ingram, Ramón Navarro was featured in more prominent roles in the early 1920s. The 1923 silent swashbuckler Scaramouche was Ramón’s breakout role.

After Valentino’s untimely and shocking death in 1926, Ramón’s popularity skyrocketed. He became the silver screen foremost Latin heartthrob. He starred opposite the top female stars of the day — Joan Crawford, Myrna Loy, Greta Garbo, as well as his friend Alice Terry — in a succession of blockbuster films. However, by the middle 30s, Ramón’s stardom began to fizzle and MGM did not renew his contract. He worked sporadically, taking on mostly minor roles. When the new medium of television offered acting work, Ramón was able to secure guest star appearances in some Westerns and anthologies.

Ramón saved enough money from the height of his career that when he found it difficult to get work, his lifestyle did not suffer. He lived in a house in the Hollywood Hills, designed by second generation architect Lloyd Wright and maintained a comfortable existence.

In 1968, the aging Ramón contacted an agency and arranged for two young men to come to his house for an evening of sex. Twenty-two-year old Paul Ferguson and his seventeen-year old brother Tom arrived at Ramón’s home on the evening before Halloween. They were invited in, but they had other plans. The Ferguson brothers believed that the one-time film star had stashed a large sum of money hidden in the house. Once inside, they tied Ramón up with an electrical cord and tortured him, eventually beating him to death. The next morning, Ramón’s secretary, Edward Weber, arrived for work and discovered the actor’s blood-soaked naked body wrapped in a sheet among the ransacked residence. He had cuts on his head and neck, as well as numerous welts and lacerations. The determined cause of death was “suffocation due to massive bleeding.” Ramón had drowned in his own blood.

A police investigation led to an arrest of the Ferguson brothers. During their trial, it was revealed that their violent efforts netted them a sum of $20, a single bill that they took from the pocket of Ramón’s bathrobe. As far as the culprit of Ramón’s murder, Paul and Tom pointed the finger at each other. They served time in San Quentin Prison. Tom was paroled in 1976, but re-arrested for another crime two years later. He died in prison in 2005. Paul Ferguson was paroled in 1978, but was also re-arrested for rape and returned to prison in Missouri. He is due to be released in 2022.