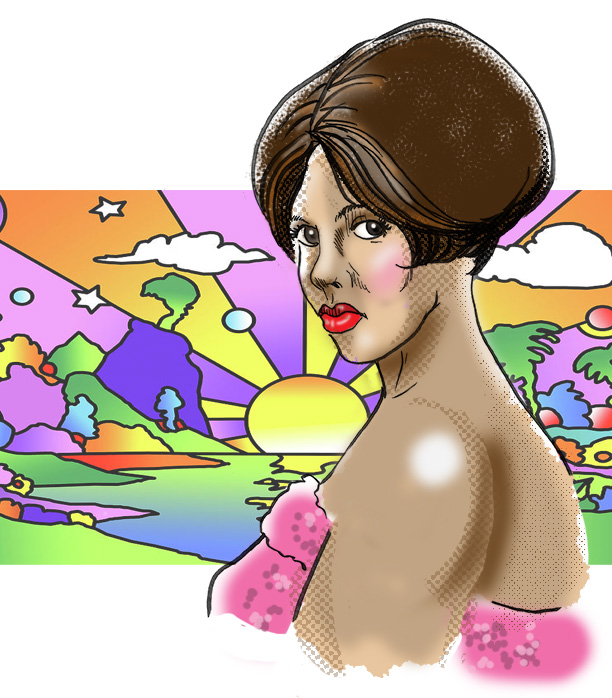 Twenty-one year old Christa Speck was working as a secretary at Bank of America when she was discovered by Playboy talent scouts. Soon the German-born beauty found herself gracing the pages of the September 1961 issue as the “Playmate of the Month.” Her popularity earned her the title of “Playmate of the Year,” the first time the honor had been given to a foreign-born model.

An invitation by magazine publisher Hugh Hefner to move into the Playboy Mansion was welcomed by Christa and she soon began working as a “bunny” at the Chicago Playboy Club. She also was featured in every pictorial about life at the Mansion that was published in 1960s… much to the delight of her increasing legion of fans. As a matter of fact, Christa was chosen among the Top Ten Playmates of the magazine’s first decade in a poll of editors and readers.

In 1965, Christa married children’s programming producer Marty Krofft. She left the spotlight to start a family. Christa and Marty had three daughters together. They remained married until Christa’s death from natural causes in 2013. She was 70 years old. Marty claims he never read Playboy.