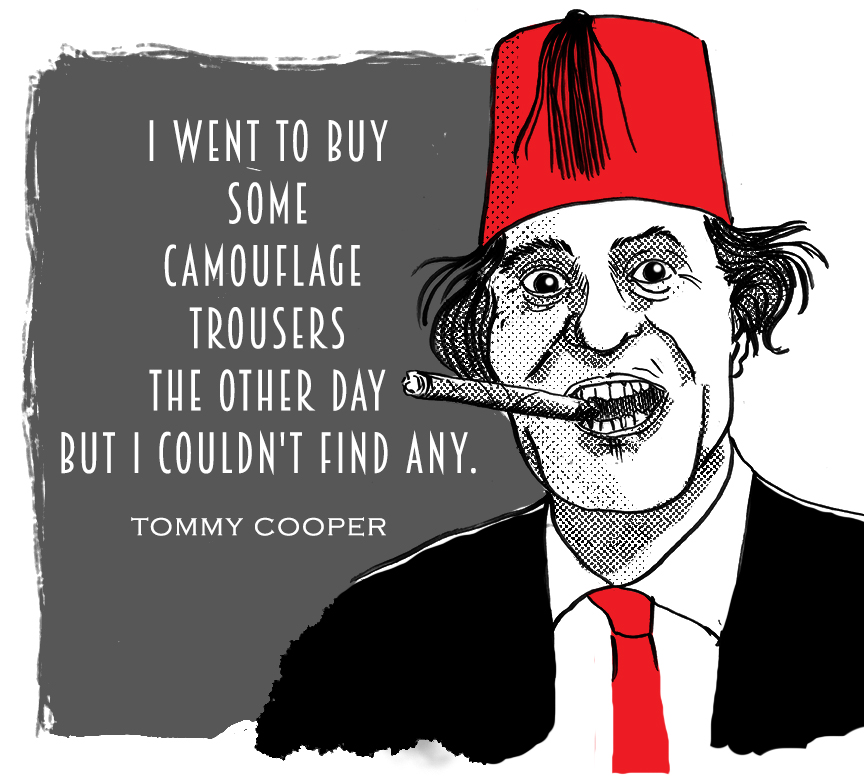 Tommy Cooper was a popular British comedian for four decades. The hulking funnyman, never without his trademark red fez, would perform magic tricks… most of which failed miserably. He used his failures as fodder for rapid fire one-liners that had his audiences rolling in the aisles.

In April 1984, Tommy was performing on the popular television program Live from Her Majesty’s. Minutes into his faux magic act, Tommy suffered a fatal heart attack and died on live television. His death was witnessed by a theater full of people as well as millions of home television viewers… many of whom thought his on-stage collapse was part of the act. Tommy, a heavy drinker and smoker, was 63 years old.