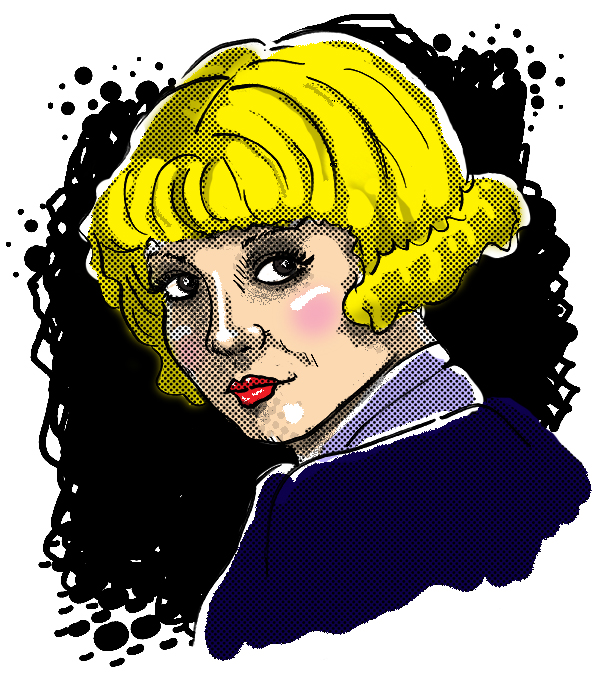 Alice White worked as a script girl and secretary for noted Academy Award-nominated director Josef von Sternberg. She also served as a switchboard operator at the Hollywood Writers’ Club. After a disagreement with von Sternberg, she went to work for Charles Chaplin.

Alice was often compared to actress Clara Bow. Her bubbly personality caught the attention of producer Mervyn LeRoy and he cast her in The Sea Tiger in 1927, also starring a young Mary Astor. This led to a long succession of films and in 1929, Alice saw her name above the title in the musical The Girl from Woolworth’s.

She briefly put her career on hold to take acting lessons in hopes to improve her ability and land more substantial roles. In 1933, Alice returned to Hollywood, only to have her career marred by scandal. Lurid tales of a love triangle between Alice, British actor John Warburton and Alice’s fiancé, American screenwriter Sidney Bartlett were rampant in the tabloids and fan magazines. Angered by the stories, Warburton beat Alice so badly, she required reconstructive cosmetic surgery.

Soon, Alice found herself relegated to small supporting roles and then no roles at all. Her final film appearance was a minor part in Michael Curtiz‘s Flamingo Road in 1949. She left Hollywood and went back to being a secretary.

Long out of the spotlight, Alice suffered a stroke in 1983 and passed away at the age of 78.