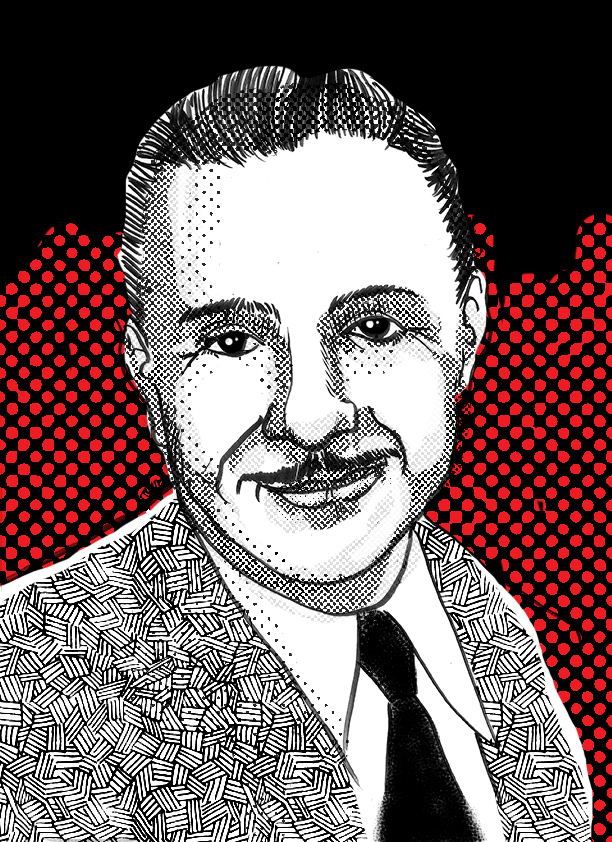 Here we are again! October! And Inktober is once again upon us. That means it’s time for hundreds of talented artists worldwide… and me…. to create special works daily just for October, based on a set of suggestions from the official Inktober website. And once again, I’ll be making up my own rules of participation. I will be posting a new, black & white drawing (and a little bit of red) each week for the entire month – in addition to my participation in the regular Inktober 52 and a Dead Celebrity Spotlight plus a “retro movie poster that never was“…and, if I feel like it, another random drawing here and there. Every year, I choose a theme in keeping with the “spirit” of the Hallowe’en season. This year, my drawings will be a tribute to a few of Hollywood’s unsung character actors that made notable supporting appearances in horror movies.

The first for the 2021 series is J. Carroll Naish. The son of Irish immigrants, Carroll was a nominated twice for “Best Supporting Actor” Oscars. He was often cast as slimy, menacing villains of undetermined ethnic decent — usually Italian, Hispanic or Eastern European — even Native American… but never Irish. He is remembered for his role in 1944’s House of Frankenstein as Boris Karloff‘s assistant Daniel. He is rebuffed by the lovely Elena Verdugo and is eventually tossed out a window by the Frankenstein monster. Carroll was a versatile actor, appearing different genres as needed. He starred in musicals, gangster pictures, serials, mysteries, anywhere his talents were required. He eventually retired in 1971 and passed away two years later, just three days after his 77th birthday.