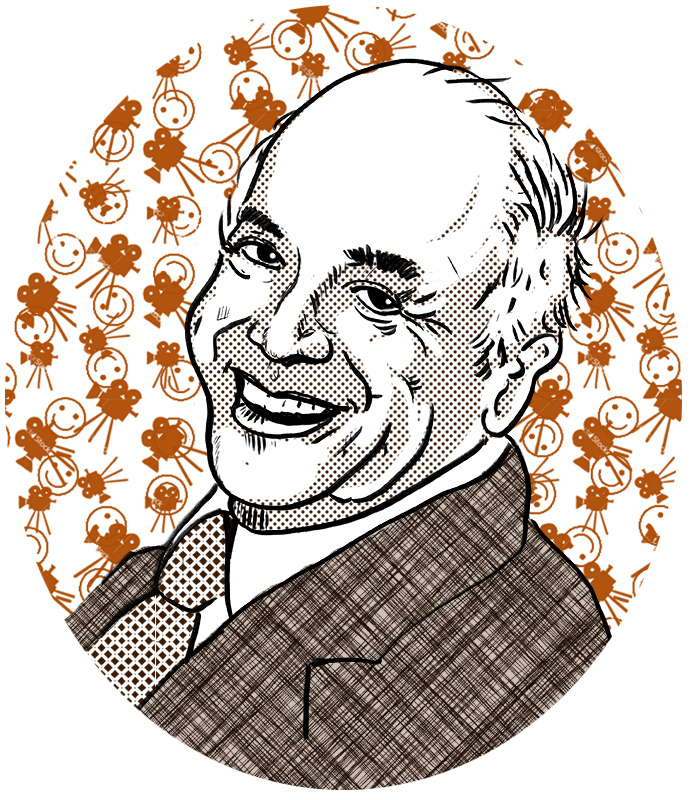 After graduating from the Pratt Institute with a degree in art, Allen Funt began working at a New York advertising agency. Soon, he was switched to their radio advertising department. He found himself writing episodes of the popular radio show Truth or Consequences as well as helping Eleanor Roosevelt with her regular radio addresses. He gained additional broadcast experience while serving with the Army Signal Corps during World War II.

In June 1946, Allen began his radio show Candid Microphone on the ABC Radio Network. It ran for a year, but its popularity triggered a revival on rival network CBS. He produced several short theatrical films based on the Candid Microphone idea. These films were so popular that CBS gave Allen a program in the new medium of television. A slightly altered premise — Candid Camera — made its debut on August 10, 1948. At various times, Candid Camera ran on all three major networks, as well as in first-run syndication until 1993, when Allen Funt was sidelined after suffering a stroke. Allen’s co-hosts along the way included Durward Kirby, Betsy Palmer, Phyllis George and Allen’s son, Peter. In the 70s, Allen produced an X-rated theatrical release called What Do You Say to a Naked Lady?. He followed that with a film called Money Talks. Each of these films used the same Candid Camera format.

In February 1969, Allen and his family were aboard a Miami-bound commercial flight that left from Newark Airport. During the flight, two armed passengers hijacked the flight and demanded to be flown to Cuba. Several passengers spotted Allen and believed themselves to be part of a Candid Camera stunt. A frantic Allen pleaded with the passengers, assuring them that he had nothing to do with the situation and they were really being hijacked. The passengers were only convinced when the plane touched down in Cuba and everyone was released after an 11-hour stand-off.

He purchased a 1200-acre ranch near Big Sur, California, where he raised cattle and quarter horses. Allen passed away in 1999 after suffering a stroke – just 11 days before his 85th birthday. Candid Camera was revived for a single season in 2014 on the cable network TV Land.