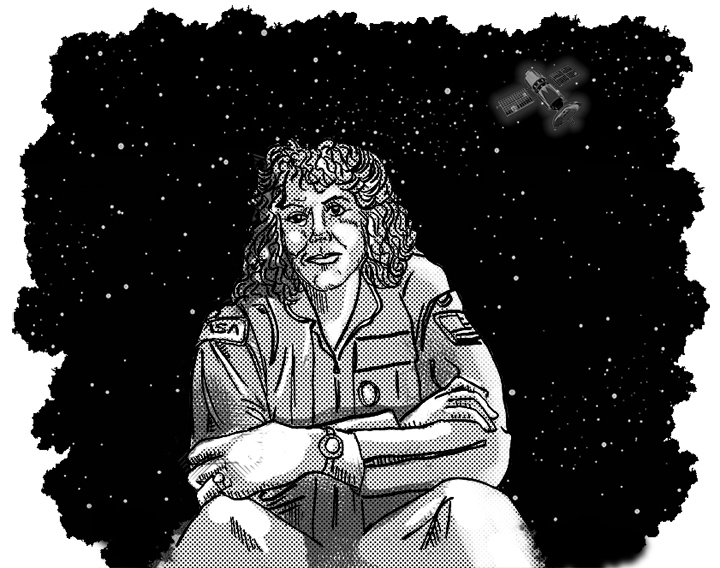 “I can remember in early elementary school when the Russians launched the first satellite. There was still so much unknown about space. People thought Mars was probably populated.” — Christa McAuliffe

On July 19, 1985, then Vice President George H. W. Bush announced that 36 year-old Christa McAuliffe had been selected for NASA’s “Teacher in Space” program. According to a NASA official, she exhibited “an infectious enthusiasm.” She took a year off from teaching to train for the prestigious and historic mission. In between training course, she was thrust into “instant celebrity” status, appearing on numerous television shows where she was interviewed about the mission.

On January 28, 1986, Christa boarded Challenger space shuttle with the other six crew members. Seventy-three seconds into its flight, the shuttle broke apart, resulting in the deaths of all aboard.