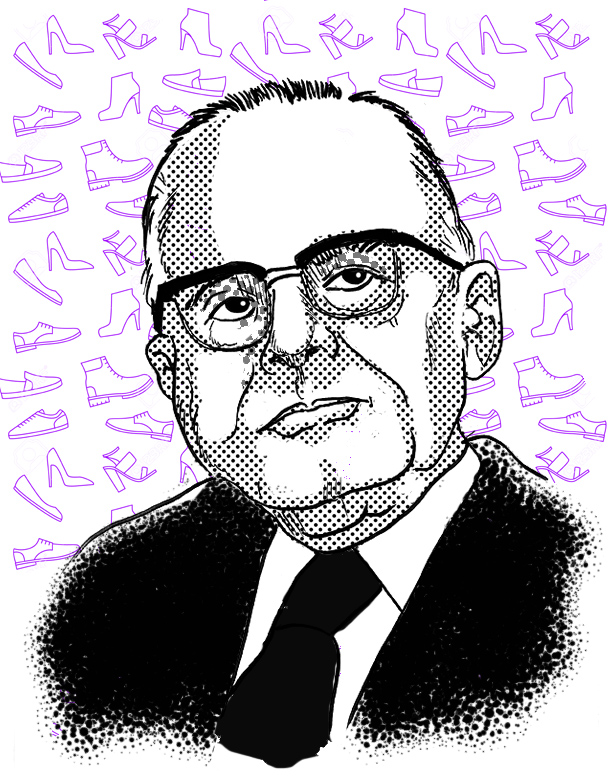 In 1971, President Richard Nixon appointed Earl Butz to his cabinet as Secretary of Agriculture. Earl was a vocal supporter of farmers and was instrumental in changing agricultural policy implemented by Franklin Roosevelt‘s “New Deal.” His first order of business was to abolish the program that paid farmers not to plant crops. His motto to farmers became “Get Big or Get Out.” The USDA urged farmers to plant corn and other “cash crops” from “fencerow to fencerow,” as he put it. In 1972, he arranged for the then-Soviet Union to purchase 30 million tons of American grain. Corporate farming grew under the new policies, but small family farms, who could not compete, were hit hard financially.

Earl maintained his cabinet position after Nixon resigned. As a part of the Gerald Ford administration, Earl attended the World Food Conference in 1974. It was here that he first let his racist feelings surface publicly. In response to Pope Paul VI’s statement on population control, Earl countered with: “He no playa the game, he no make-a de rules.” – all delivered in a mocking, exaggerated Italian accent. The Archdiocese of New York demanded an official apology from the White House. Earl claimed his comment was taken out of context.

Just after the Republican National Convention, Earl was flying to California with former White House counsel John Dean and singers Pat Boone and Sonny Bono. The conversation turned to politics after Earl broke the ice with a dirty joke. Boone, a conservative Republican, asked Earl why the Republican Party has difficulty attracting black members. Earl responded very matter-of-factly. He said: “Blacks are only interested in three things.” He went on to list his beliefs as to the pursuits of African-Americans, including — and I am paraphrasing — good sex, comfortable shoes and accommodating bathroom facilities. Earl, however used decidedly more visceral language. John Dean repeated the quote to reporters at Rolling Stone Magazine during an interview. He did not identify Earl Butz specifically, only saying it was a “cabinet member.” A Time Magazine reporter figured out who it was and revealed it to be Earl. A disgraced Earl Butz resigned his cabinet post on October 4, 1976.

Earl returned to his native Indiana where he was named dean emeritus of Purdue’s School of Agriculture. In 1981, he was sentenced to five years in prison for tax evasion and fined $10,000. He served just thirty days.

Earl passed away in 2008 at the age of 98. At the time of his death, Earl was the oldest living former cabinet member from any administration.