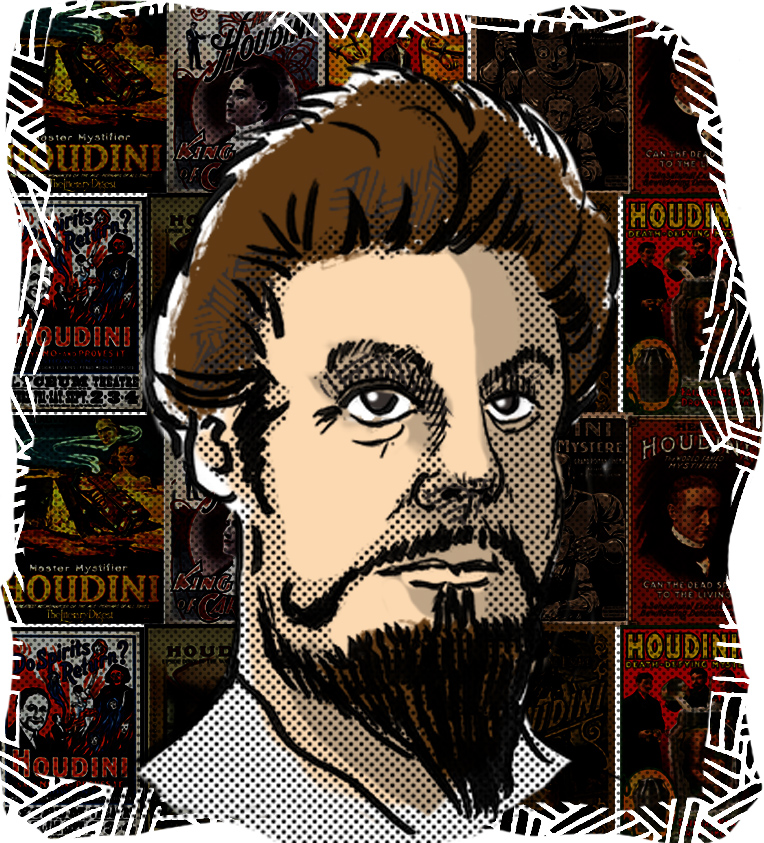 Joe Burrus wanted desperately to be as famous and as beloved as Houdini… and he was very, very determined.

Billing himself as “Amazing Joe,” the recovering drug addict began performing magic around the Southern California area, sometimes bringing his act all the way up the West coast. His fascination with Harry Houdini grew until it became an obsession and a self-imposed competition.

On October 30, 1990, he arranged a performance of his coffin escape at Blackbeard’s Family Fun Center, an amusement park in Fresno, California. He had successfully executed the demonstration one year earlier in Oregon. But, this time, he was increasing the danger. Previously, he was wrapped and locked up in chains and placed in a clear coffin made from Plexiglas. The coffin was lowered into a seven-foot deep grave and covered with dirt. Joe freed himself from the chains while the dirt was being shoveled into the hole. By the time the hole was filled in, Joe had successfully escaped and was greeted with wild, approving applause.

On this day, however, Joe planned to have the hole filled with wet cement, expecting to escape in the same way he did through dirt. He didn’t calculate the weight of wet cement and only determined the strength of the Plexiglas by jumping on it a few times.

The act was set to be broadcast on local television. Joe performed a few warm-up tricks for the crowd of thrill-seekers prior to his proposed finale. After completing the preliminary portion of the show, Joe was chained and locked. He lay down in the casket while the lid was secured. As the casket was lowered, he struggled with the metal restraints. When the casket hit the bottom of the seven-foot deep grave, the cement was poured – to the delight of a cheering crowd that included Joe’s wife and two young sons.

When the cement completely filled the hole, the level suddenly dropped about 18 inches. Joe’s crew and assistants surmised that the coffin had broken and collapsed under the undetermined weight of the wet cement.

Efforts to rescue Joe from the hole were slow due to obvious circumstances. When he was finally reached through the slog of cement, Joe was dead. He was 32 years old.