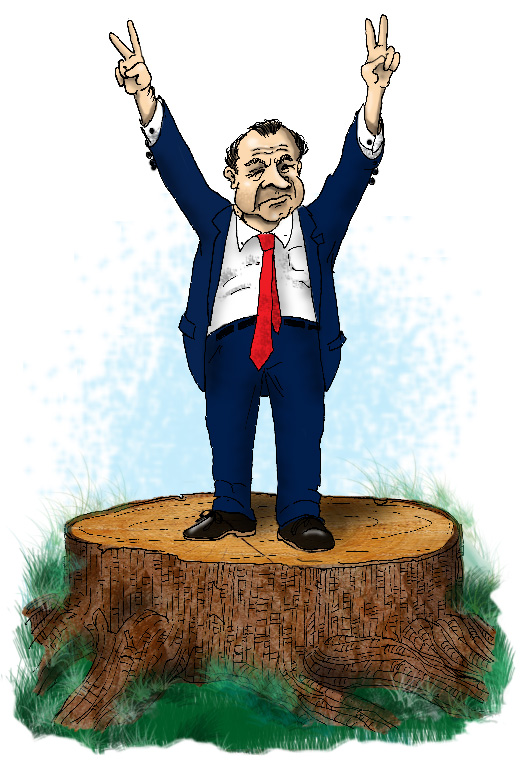 Adlai Stevenson ran for president twice against Dwight Eisenhower and was defeated both times. He once said of Richard Nixon, Eisenhower’s vice-president:
“Nixon is the kind of politician who would cut down a redwood tree, then mount the stump for a speech on conservation.”

Stevenson, one-time governor of Illinois, eventually became Ambassador to the United Nations during the Kennedy administration. He died during his term as Ambassador.

But he sure had Nixon pegged.