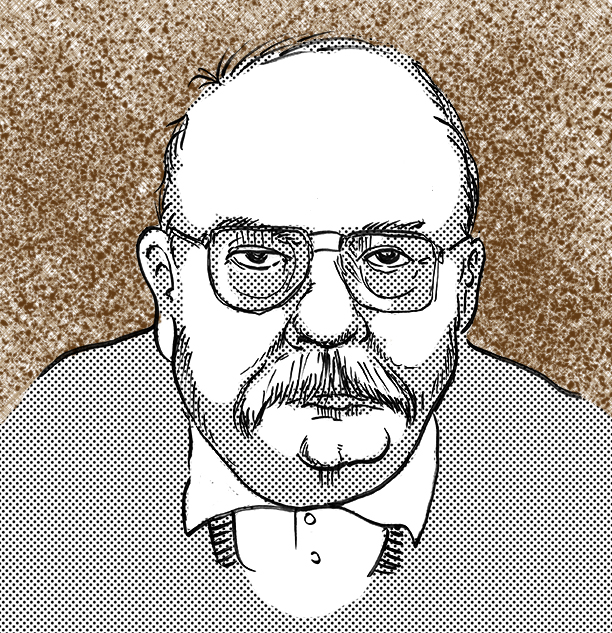 I met Wilford Brimley at a collector and autograph show in 2017. While some of the other celebrities had long lines at their individual tables and were engaging in lively conversation with adoring fans, Wilford Brimley sat alone at a small folding table, its surface displaying a few stacks of color photographs depicting scenes from the actor’s career. He sat fairly motionless, silently surveying the vast conference room that was bustling with activity all over — except in his little corner of the world.

I was headed towards the exit when I passed Mr. Brimley and his small collection of photos, so I backtracked on my steps and perused his offerings. There were a couple images from John Carpenter’s 1982 gory re-imagining of The Thing and a few from Ron Howard’s 1985 age-aware fantasy Cocoon, along with several standard studio head shots that were representative of different ages of Mr. Brimley’s life. He didn’t utter a word as I scanned the top of his table. He didn’t even look at me. I selected a full-color head shot of the actor sporting a pastel plaid shirt and a large white fedora. His stare into the camera did not betray any sort of emotion. Any expression was obscured by his trademark mustache which completely covered any indication of a mouth. The figure that sat behind the table was identical to the photo I selected for inscription. Maybe he was wearing a different shirt.

I passed my chosen photo to Mr. Brimley, along with a twenty dollar bill. “I’d like this one, please.,” I said. “Okay,” he replied and picked a black Sharpie from a lineup of pens arranged on his side of the table. He uncapped the marker and wrote something like “Good Luck” or “Best Wishes” and below the sentiment wrote his name in larger, swashier letters. He stashed the twenty in an envelope and handed the signed picture back to me. “Thank you.” he said and I replied with the same. I walked away, picking up where I left off in my path to the exit. The entire conversation that I had with Wilford Brimley consisted of ten words. Three of them were spoken by Mr. Brimley and two of those words were merely repeated by me.

When I got home, I glanced through the photographs that I had collected at the convention that day. I met Danny Lloyd, who played Jack Nicholson’s son in The Shining. As a six-year-old, he wasn’t told that he was starring in a horror movie. After abandoning his acting career, Danny is currently a biology professor at Elizabethtown Community and Technical College in Elizabethtown, Kentucky. He often attends conventions to meet fans and overcharge for his signature. I also met Louise Fletcher, who was awarded the 1976 Oscar for Best Actress for her riveting portrayal of sadistic “Nurse Ratched” in Milos Forman’s One Flew Over the Cuckoo’s Nest. Miss Fletcher was gracious and charming and seemed to be bewildered by the crowds. That afternoon, I talked, at length with Danny Lloyd and Louise Fletcher. I thought about my non-conversation with Wilford Brimley and I quickly “googled” his name.

Now, I was kicking myself over a missed opportunity.

Wilford Brimley dropped out of high school and joined the United States Marines. He served for three years in the Aleutian Islands. Upon his discharge, he worked various jobs, including as a blacksmith, ranch hand and animal wrangler. He also employed his size and bulk to work briefly as a personal bodyguard for eccentric businessman Howard Hughes. Wilford’s friend, actor Robert Duvall, suggested that he enter the movie industry, putting to work his knowledge of horses. Wilford became a stuntman and animal wrangler. On the sets of Westerns, he would shoe the horses. He made his stunt debut in Bandelero! with James Stewart, Raquel Welch and Dean Martin. He also performed stunt work in True Grit starring John Wayne. In 1979, he appeared as a bona fide actor in The China Syndrome and The Electric Horseman. His career took off, with roles in some of Hollywood’s best remembered films alongside some of Hollywood’s top stars, like The Natural, Absence of Malice, Brubaker, The Thing and dozens more. He also made numerous appearance on network television, with guest roles in Kung Fu, Walker, Texas Ranger, an eight episode run on The Waltons and even a comedic turn in the final season of Seinfeld. In director Ron Howard’s Cocoon, a film about aging and eternal youth, Mr. Brimley held his own among costars who were twenty years his senior. Despite being only 51, he very convincingly fit right in. He was later tapped as a memorable product spokesperson for Quaker Oatmeal and Liberty Medical Supplies.

Not content with his life endevours thus far, he also was an accomplished singer and harmonica player. He released an album of jazz standards and performed a stirring —and surprising — rendition of “Oh! Suzanna” on Late Night with Craig Ferguson in 2011.

I really wanted to go back to the convention and hear accounts firsthand from Wilford Brimley.

After a two-month long illness, Wilford Brimley passed away on August 1, 2020 at the age of 85. I’m glad I met him, even if we only shared ten words between us.