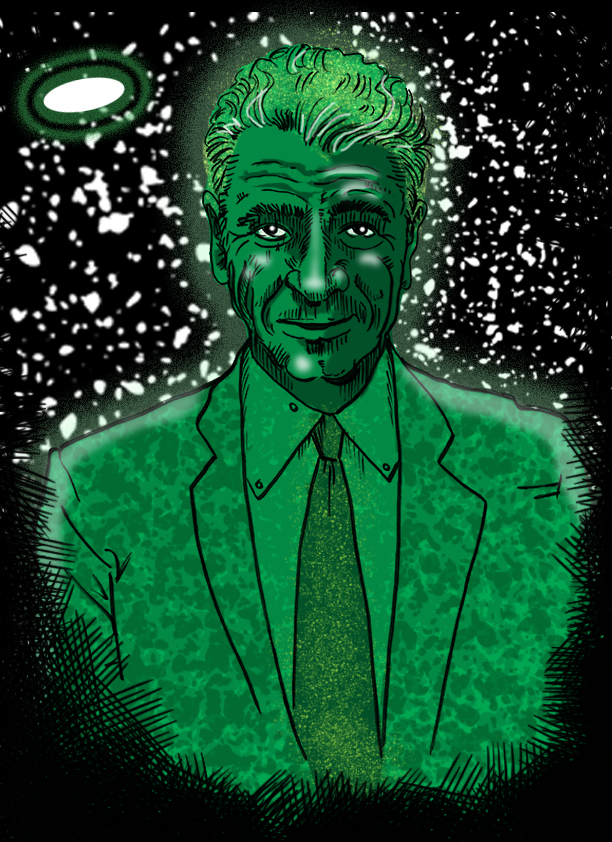 George Adamski built a wooden observatory to house his six-inch telescope and foster his interest in astronomy. Friends and acquaintances called him “professor” and assumed he had some association with Cal Tech’s nearby Palomar Observatory. George rarely denied the title, despite having only a third grade education.

In October 1946, during a meteor shower, George claimed to have spotted a cigar-shaped “mother ship” hovering above the Palomar Gardens campgrounds in San Diego County, California. He made a similar claim again in the summer of 1947, however, instead of just one ship, George asserted that he saw 184 ships. By 1949, George was giving lectures on the subject of alien life and spaceships. He discussed his regular meetings with Venusian pilots of translucent metal ships and photographs of Mars taken by the government. In the 50s, George released two books about space travel and personal summits with aliens, including regular contact with aliens living in Southern California. In the 60s, he told of a meeting he attended with Pope John XXIII that took place on the planet Saturn.

In 1964, just after delivering a lecture on the topic of UFOs, George suffered a heart attack. He passed away at the age of 74. Every one of his claims were proven to be false.