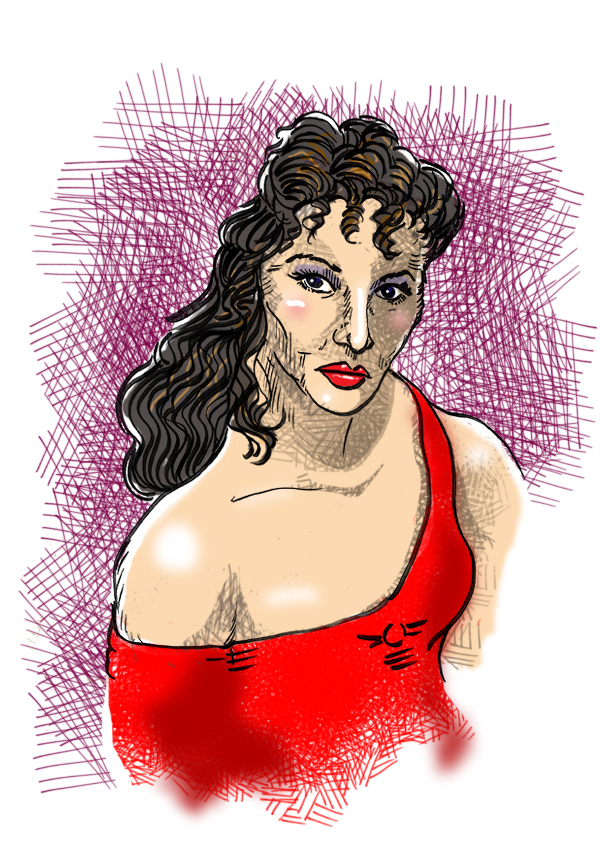 Scottish-born actress Adrienne Corri made her film debut at the age of 19 in the British drama The Romantic Age. Her career soon blossomed with roles in David Lean’s Dr. Zhivago, where she played Lara’s mother, and in Otto Preminger’s thriller Bunny Lake Is Missing. Adrienne also appeared in a number of low-budget horror films, including Vampire Circus for Hammer Studios.

She was featured in numerous television productions including a 1980 episode of Doctor Who, a version of Shakespeare’s Twelfth Night opposite Alec Guinness and the comedy The Country Wife with Helen Mirren. She also had a long and celebrated career in the British theater. It was, however, not without its controversial moments. During a staging of John Osborne’s The World of Paul Slickey — the actor/playwright’s sole attempt at a musical — the audience began to express their dislike by loudly “boo”ing the cast. Adrienne offered a middle finger the to crowd, accompanying her gesture with a loud “Go fuck yourselves,” then exited the stage.

Adrienne is best known for her role of “Mrs. Alexander,” an assault victim  at the hands of “Alex DeLarge” in Stanley Kubrick’s A Clockwork Orange. Adrienne was offered the role after two other actresses turned it down, finding it too humiliating, since it involved having to be perched — naked — on an actor’s shoulders for weeks on end while the perfectionist director decided which shot he liked the best. Adrienne had no qualms about appearing naked and she earned Kubrick’s respect by her willingness to undergo the grueling process of shooting endless takes. The visually disturbing, physically grueling scene was shot over four days and required thirty-nine takes. It finally concluded when actor Malcolm McDowell (who played the villainous lead) conceded, “I can’t hit her anymore!” After A Clockwork Orange wrapped, Adrienne remained close friends with Kubrick.

When she retired from acting, Adrienne wrote The Search for Gainsborough in 1984. The book, written in diary form, tells the story of her quest to authenticate a painting she owned that she believed to be an early work by the famed artist of the renowned portrait “The Blue Boy.”