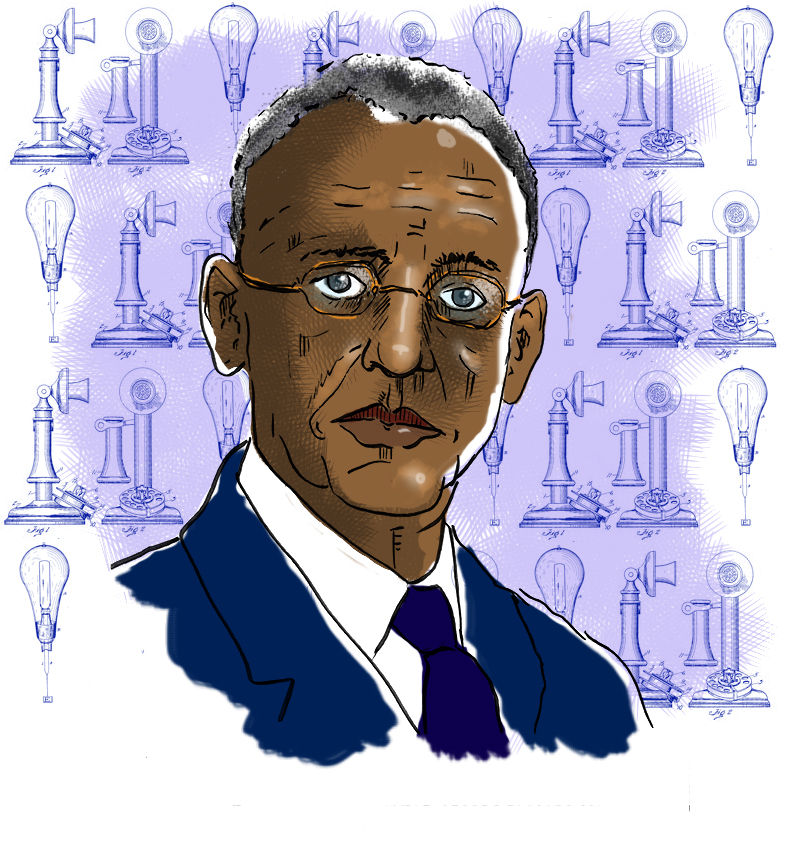 Lewis Latimer was the youngest of four children born to slaves George and Rebecca Latimer. Noted journalist and abolitionist William Lloyd Garrison advocated for their continued freedom when their owners sought the couple out after the couple ran away. Garrison raised the funds to buy the Latimers’ freedom.

Seventeen-year -old Lewis Latimer took a job as an office boy at a patent firm in Boston. He learned how to use a set square, ruler and other tools in the drafting trade. His boss recognized Lewis’s talent for sketching patent drawings. By 1872, Lewis was promoted to the position of head draftsman, earning a weekly salary of twenty dollars.

Just two years later, Lewis and a colleague were issued a patent for a toilet for use on railroads. In 1876, Lewis was hired as a draftsman by Alexander Graham Bell. Under Bell’s employment, Lewis executed the necessary drawings for Bell to submit his invention — the telephone — for patent consideration.

Lewis was soon hired as a manager and draftsman by Thomas Edison’s rival Hiram Maxim. Within two years, Lewis and a colleague designed and were given patents for improvements on the Edison incandescent light bulb. Later, Edison himself hired Lewis. While employed by Edison Electric Light Company, Lewis wrote and published the book Incandescent Electric Lighting. He also supervised the installation of public electric lights throughout New York, Philadelphia, Montreal, and London.

Throughout his career, Lewis was issued additional patents for a process of manufacturing carbon filaments for light bulbs, an early form of air conditioning and a locking rack for hats and coats.

Lewis passed away in December 1928 — a mostly uncredited and unsung hero.