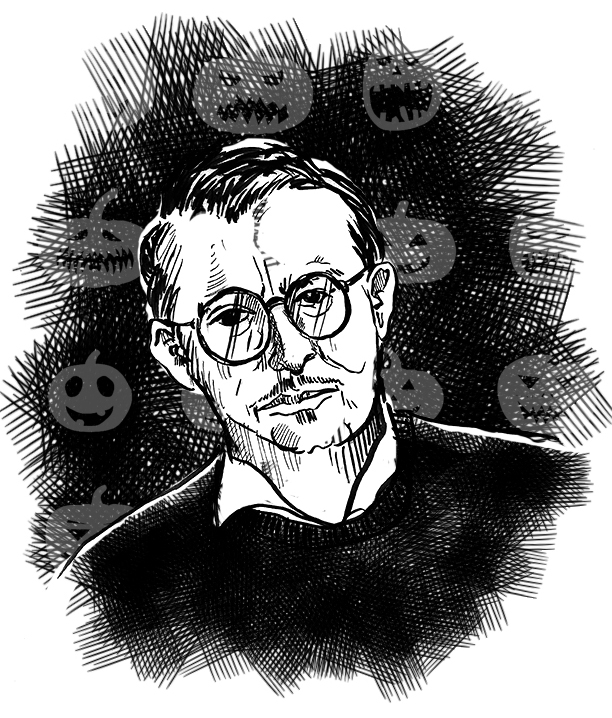 Inktober 2019 comes to an end and the final week’s illustration is Curt Siodmak. He was a novelist and screenwriter, best known for writing the screenplay for the 1941 Universal Studios horror classic The Wolf Man. Curt’s work created a lot of the legends associated with werewolf ethos, including the sign of the pentagram and the use of a silver bullet to dispose of the monster, as well as the verse that has been used in many werewolf films:

Even a man who is pure in heart,
And says his prayers by night
May become a Wolf when the Wolfbane blooms
And the autumn Moon is bright

These important parts of werewolf lore were purely products of Curt Siodmak’s imagination, despite being revered as centuries-old. Siodmak also wrote the novel on which Donovan’s Brain was based, as well as a number of screenplays in — and out — of the horror genre.