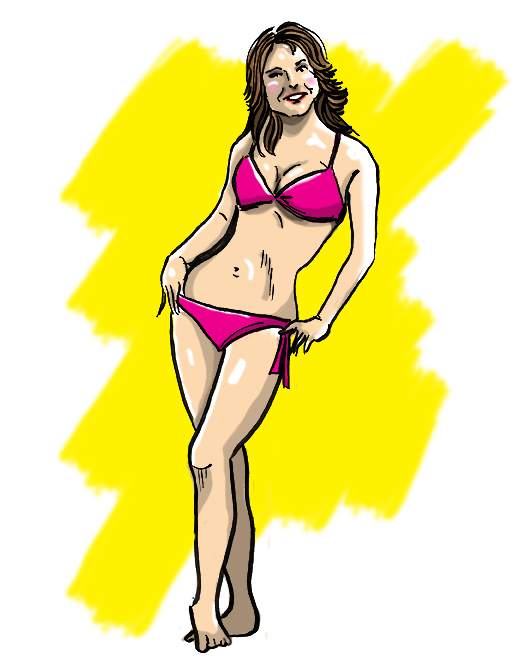 Sue Bernard was the free-spirit daughter of a free-spirit father. Her father, Bruno Bernard, later known as “Bernard of Hollywood,” fled Nazi Germany in 1937, telling Germany authorities he was pursuing a graduate degree in the United States. He left the country with few possessions, but held on to his treasured  Rolleiflex camera. In the United States, Bruno worked with artist Alberto Vargas and developed a style of photography that he called “posed candid.” Using natural light and beach backgrounds, Bruno’s style evolved into what we now call “pin-up.”

In 1947, he photographed a young Norma Jean Baker at the Palm Springs Racquet Club. Norma Jean took the screen name “Marilyn Monroe” and credited Bruno for her early stardom, saying “Remember, Bernie, you started it all” His provocative photos eventual led to pornography charges in 1950. The case, however, was dropped after a glowing defense from General Dwight Eisenhower, who told how Bruno’s photos were morale builders for his troops.

In early 1966, Mario Casilli, a protege of Bruno’s, photographed Bruno’s daughter Sue for Playboy magazine, just prior to her eighteenth birthday. Sue Bernard is acknowledged as the first Jewish Playmate in the publication’s history. She noted in an interview that she had never been nude in front of anyone besides her mother… and, for some reason, they posed her, topless, in front of a Christmas tree.

Sue took a shot at a career in acting, appearing in sexploitation king Russ Meyer’s notorious Faster Pussycat! Kill! Kill! and later, opting for a tamer role in the TV soap opera General Hospital. She was also an accomplished writer, authoring six books, including several that kept the legacy of her father’s photography alive.

Sue passed away in June 2019 of an apparent heart attack. She was 71 years old.