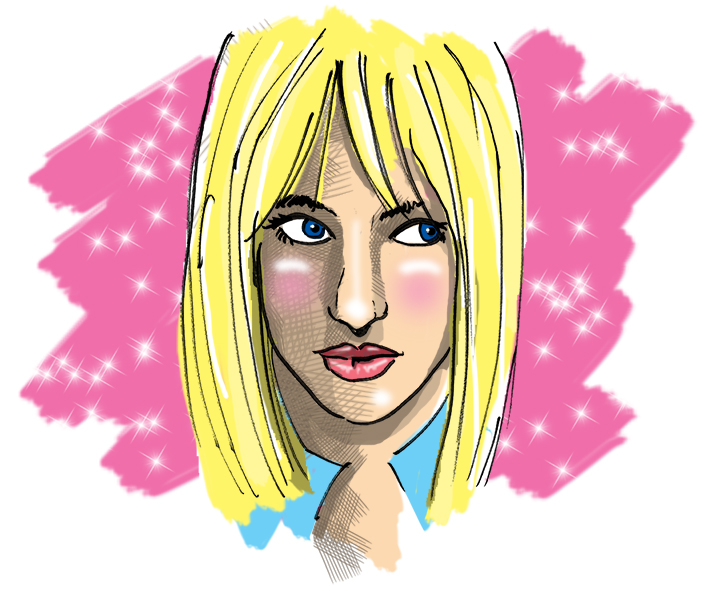 Lynne Ripley — “Twinkle”, as she was known to her family —  was born in fairly affluent London suburb. She attended Queen’s Fate School, where Camilla Parker Bowles, the future Duchess of Cornwall, was a classmate.

At 16, Twinkle entered the music business with the help of her boyfriend Dec Cluskey, of the popular vocal group The Bachelors. She recorded a song called “Terry,” a somewhat gruesome account of a losing a loved one in a motorcycle accident. The recording featured the talents of popular British session drummer Bobby Graham and a young Jimmy Page on guitar. Taking a cue from the Shangri-Las’ “Leader of The Pack,” the ominous organ and melancholy backing vocals helped the song rocket up the charts, despite its ban from the BBC for “poor taste.”

Twinkle followed up “Terry” with “Golden Lights,” a song she wrote about her disillusionment with the pop music business. Next she recorded an English language version of  “Poupée de cire, poupée de son,” the 1965 winner of the Eurovision Song Contest, originally recorded by France Gall. Hoping to score with another “Terry,” producers began offer Twinkle with songs they’d hope she’d record. She turned down most of them, including “The End of the World,” which was big hit for Skeeter Davis.

After several live performances, six single recordings for Decca Records and a brief romance with Peter Noone of Herman’s Hermits, Twinkle called it a career at eighteen years old. twenty years later “Golden Lights” was covered by The Smiths and by Cindy and the Saffrons, a short-lived band fronted by actress Joanne Whalley. Publicity photos of Twinkle are on display in London’s National Portrait Gallery.

Out of the spotlight for years, Twinkle passed away in 2015 at her home on the Isle of Wight at the age of 66.