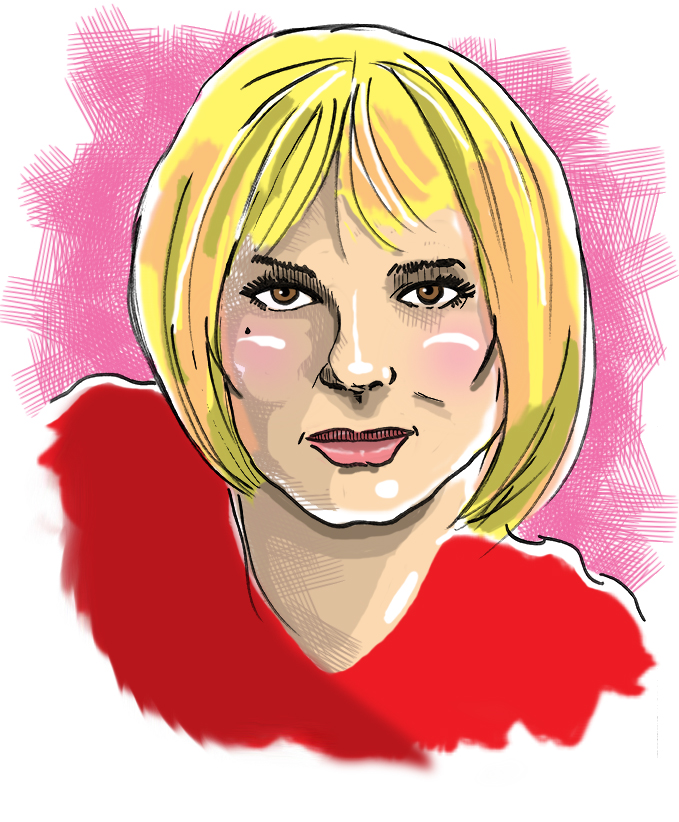 France Gall won the 1965 Eurovision Song Contest with “Poupée de cire, poupée de son,” penned by French songwriter Serge Gainsbourg.  It was the first non-ballad song to win the competition. The song, a sort of double meaning of the phrase “rag doll,” implied a Svengali-like power Gainsbourg possessed over his young protege, as well as the traditional implications of a child’s toy. The song’s popularity led France Gall to record versions in German, Italian and Japanese for international distribution.

In 1966, France recorded another song written by Gainsbourg called “Les Sucettes.” The song was wildly popular, due, mostly, to its risqué lyrics. “Les Sucettes,” on the surface, seemed to be a song about a young girl’s love of lollipops, but the lyrics are rampant with double entendres alluding to oral sex. France, a naïve 18-year old, did not understand the dual meaning of the song when she recorded it. She was mortified when she finally learned the truth about the song’s innueno. She shunned the press and stayed in hiding for weeks. Feeling betrayed by the adults that ran her career, she severed all ties with Gainsbourg and refused to perform any of his songs for the rest of her career, despite requests and their popularity.

Her song “Laisse tomber les filles” was rewritten with English lyrics by singer April March as “Chick Habit,” and was played over the closing credits of Quentin Tarantino’s film Grindhouse.  France’s former lover, singer Claude Francois, met with composer Jacques Revaux. He told of his failed relationship with France, inspiring Revaux to write “Comme d’habitude,” which was later rewritten with English lyrics by Paul Anka as “My Way.”