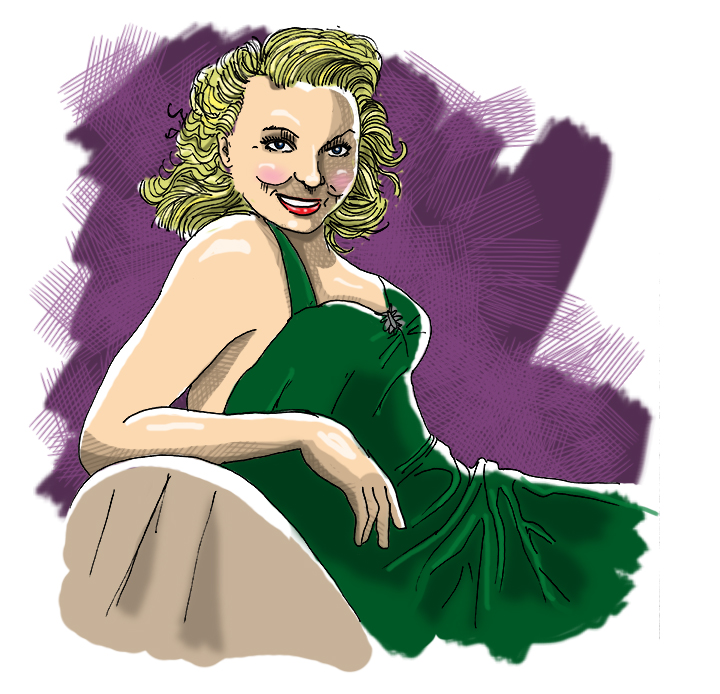 Jean Porter was one of those actresses that appeared in over three dozen films but you never knew her name. The button-cute, petite blonde was fourteen when she made her motion picture debut in an uncredited role in Song and Dance Man with Claire Trevor. She went on to land bit parts in numerous films throughout the 30s and 40s, including One Million B.C. as Carole Landis‘ sister and The Adventures of Tom Sawyer. She signed with MGM and appeared alongside the studio’s top stars like Mickey Rooney, Esther Williams and Abbott & Costello. Several of her film roles showcased Jean’s singing talents, as well as her dancing ability. On television, Jean made guest appearances on Sea Hunt, 77 Sunset Strip and The Abbott & Costello Show.

On the set of the 1946 World War II drama Till The End of Time, she met director Edward Dmytryk, whom she would marry two years later. Dmytryk was named part of the “Hollywood Ten,” a group of writers and directors accused by the House Un-American Activities Committee of Communist activity and sympathy. Jean and Dmytryk, along with their children, moved to England to escape persecution. They eventually returned to the U. S. and, after serving minimal jail time, Dmytryk directed Left Hand of God, Jean’s final theatrical film.

Jean retired from show business in 1961, keeping busy with her family. She published a biography of Jess Stacy, a pianist in Benny Goodman’s band. Stacy was also a neighbor of Jean’s. Jean regularly made appearances at autograph shows and contributed to “Classic Images Magazine,” catering to film fans and their love of the Golden Age of Hollywood.